when a request is made for pictures, a mother is happy to oblige

These pictures aren’t so flattering. Eli didn’t get all his water into his mouth, and Cameron has had a perpetually chapped face the last couple weeks. 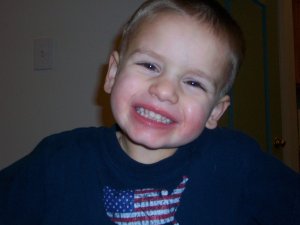 Cameron decided that my headbands make great “racing” (his word) visers. They remind me of that character from Star Trek… what was his name? You know, the one Lamar Burton from Reading Rainbow played?

I put on old t-shirts while they paint to save their clothes from watercolor mayhem. 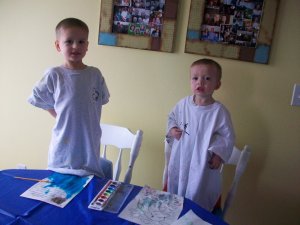 Eli is just a thirsty little guy. Whenever he is upset our first response is beverage. That usually works. At bedtime he requires three things. A blankie (or four or five of them). His monkey (which in this picture is the brown blur under his chin). And a drink of water. In a recent development he now insists on keeping the cup with him. It used to be that after he had a drink before bed I would put the cup away but a few nights ago he was adamant that the cup stay in his grasp.

Um, okay.
I’ll just hate myself when it gets to be potty training time. 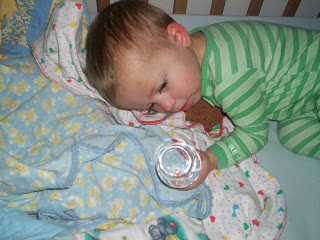