We temporarily return to the present time period for a tribute to a kitchen table.

We ate our last meal at this table on Sunday.  I didn’t cry.  But I still want to. 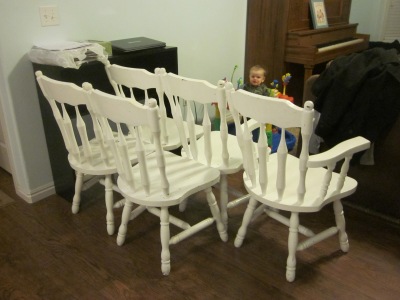 I couldn’t bear to part with this table if it weren’t for a new table I received as a gift.  The new table isn’t “new” but it was a labor of love from a friend who moved away.  And it is much nicer looking.
I’m tempted to selfishly hold on to it, keep it in my garage until I have a house big enough for two tables.  (HA! I can see Richard cringing as he reads that.) But I am reminded of Buzz & Woody.  What good were they packed up in a box in an attic?  What kind of life was that for them?

Hopefully my dear table will find renewed functionality meeting the needs of a new family.

6 thoughts on “if tables could talk”