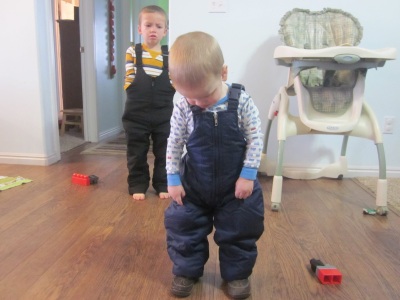 Simon did NOT like his boots.  He cried when I put them on.  They aren’t really snow boots, but we had to improvise.  Eli did not like the bib snow pants.  But when it came down to it they were both willing to pay the price to be out in the white delight. 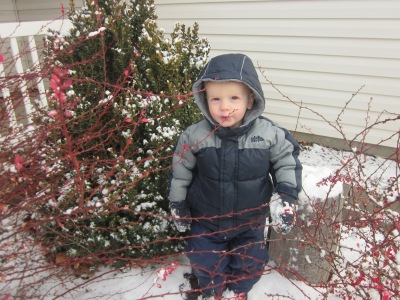 “He’s my marshmallow boy in the winter.
When the snow comes to cover the ground.
It’s the time for play, it’s a whipped cream day,
I wait for it all year round.” 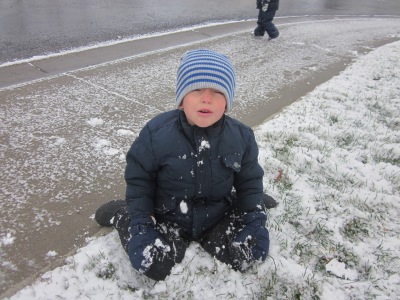 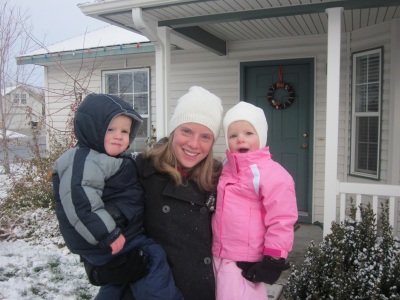 A rare opportunity for me to be in a picture.  Maybe in 2013 I’ll be in more pictures… 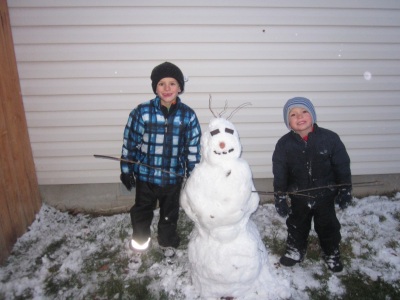 The kids waited all winter last year to build a snowman and it just never worked out. The first snow was just a skiff, and not quite sufficient for a snowman.  But the second storm brought enough to construct this guy.  Richard was really sick after Christmas and was in the house with Miriam and Simon, but wasn’t really functioning as a care-taker, so I went back and forth from the yard to the house to meet the demands of the four kids, because apparently Cameron and Eli are not capable of making a snowman on their own.

One thought on “SNOW!”