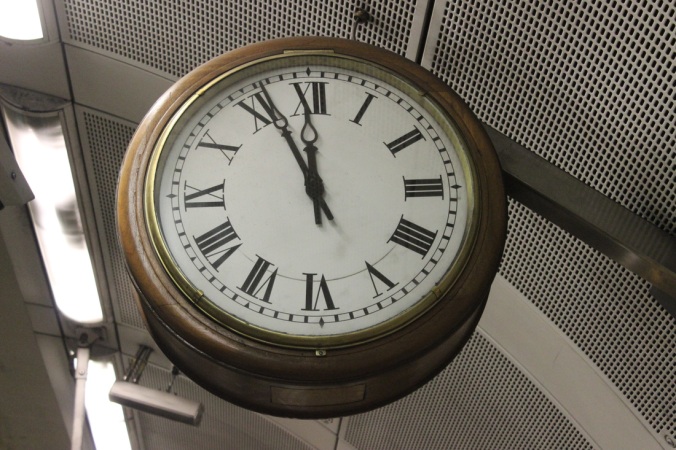 I love these old clocks you can find in the tube stations and train stations.
On the Thursday before Cameron and Eli started school my parents took a day trip to Dover, so I told the kids we could have an end-of-Summer party.  We started off at the Princess Diana Memorial Park in Kensington Gardens.

Adventure Parks are a popular trend in London, and probably elsewhere, but they are based on a relatively new idea (in that last decade or so) that kids need opportunities for taking risks during play.  So these parks are meant to be more daring and less safe-guarded.

The Princess Diana park is also based on a Peter Pan theme so the play equipment was modeled after bits of that story. 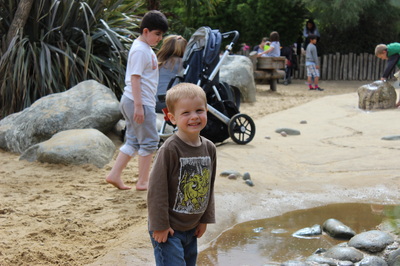 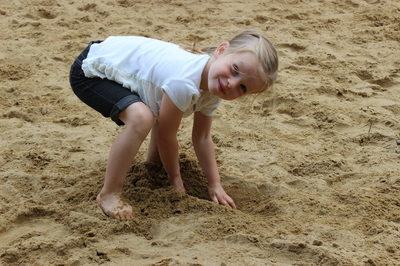 Simon seems to be the easiest to photograph since I’ve always got my eye on him the most closely.

Simon’s favorite cartoon in London is called “Fireman Sam” which has made him completely obsessed with these fire station poles at parks.

After we left the park we went to a pizza place for lunch.  We were the only people in the restaurant which was so rare and so delightful.  It was nice and quiet and I had a great conversation with the kids about going back to school.

Cameron is such an oldest child. He is really responsible and I rely on him for so much when I take the kids out and about.

Won’t be long before this grin is missing some teeth. I’m going to miss the little Eli smile of his toddler years.

LIttle Miss Quirky. She’s a mystery to me in so many ways, a paradoxical combination of sensitive and sassy, tough and tender, brave and meek.

I really wish I could will him to stop growing…

Cameron offered to take a picture of me after I finished with all of theirs. Not too bad… This is the best I can do with my hair in the humidity. Not quite wavy, but not straight either.

Then we took a stroll past Kensington Palace, through the gardens there, and over to the Round Pond.

The residence of the Duke and Duchess of Cambridge, AKA Prince William and Kate Middleton. This is probably as close as I’ll ever get to her. The poor dear was probably napping at the very moment I snapped this photo. Hopefully someone got that pregnant mama some Zofran because not even Royalty can protect you from nausea.

I love this picture!

The other night my mom and I were watching a documentary about the daughters of Queen Victoria and we learned that this statue was sculpted by her daughter, Princess Louise, and was the first sculpture by a female artist to be put on public display. Go Louise! 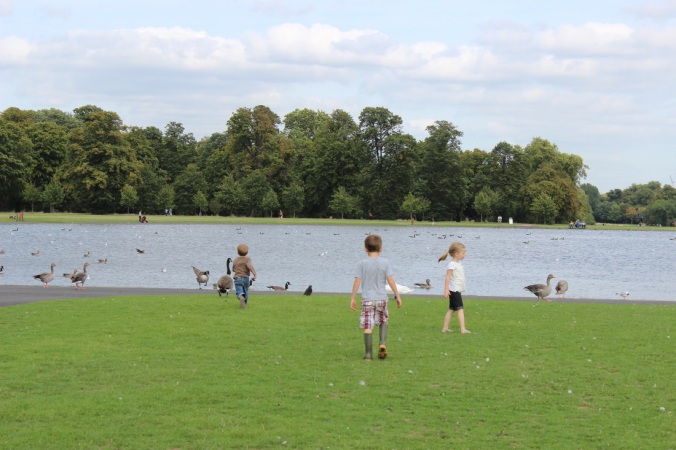 The Round Pond. Simon chasing birds, as he is wont to do.
We made our way back through the park, stopping for ice cream on our way out, and to the train station.  We were all pretty exhausted but I had a fantastic time with the kids before they all headed back to school. (Fist pump!)