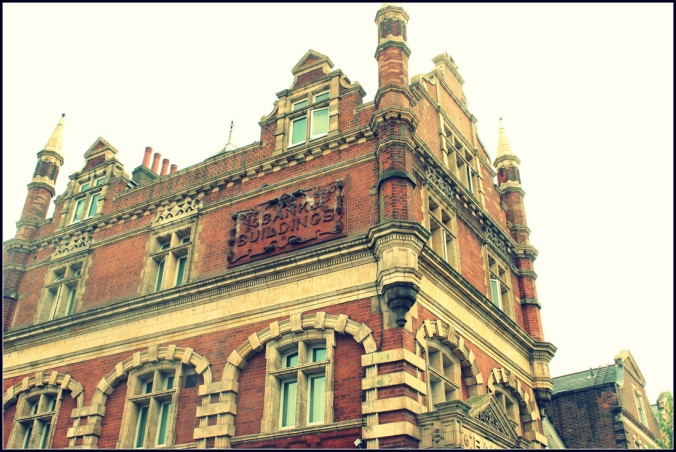 The other day was one of those “life in the city” days that wipes me out, but ultimately can give me a good laugh by the time I kick my feet up when it’s over…

It began with our usual walk to the bus stop in the morning, it was my last morning with my mom here so I left Mim with her and took the boys.  We have to cross three streets to get to the bus stop, and they get progressively busier, the first one is in our neighborhood, the second one gets us to the main road, and then we have to cross the main road- which is the only crossing with a crosswalk light.  The traffic is really busy in the mornings (which is the number one reason I don’t drive the kids to school.)  So we got across the first street fine, but I made the mistake of crossing the second street close to the corner, and I had my eyes totally fixed on cars coming the other direction.  We crossed the first lane, and then right in front of me a car whizzed by, inches from my toes and Simon, who was holding my right hand. Cameron and Eli were thankfully behind me but it shook me up and my heart raced the rest of the way to school.

Later that morning my mom was gone for a walk so I took Mim with me in the car to go pick up Simon from school.  The way I usually go out of my neighborhood was blocked by police cars, they were everywhere- there must have been a dozen police cars.  I picked up Simon and drove home and they were all still there.  After my mom got home I left the littles with her to go to the GP practice to turn in our NHS paperwork.  It’s really close so I just walked, and decided to walk past the street where the police cars had been to see what was going on.  Most of the police cars were gone but there were still a few there, and several police officers lingering about.  Then all of the sudden a man, a kid really, comes out of nowhere, sprinting down the sidewalk directly toward me.  Police start chasing him and sirens start blaring and he does the classic knock-over-garbage-cans to obstruct their path, which actually worked, just like in the movies.   He literally runs right past me, followed by the officers who almost knock me over and off they go.  Two police cars come screeching in front of the guy, but he jumps over and around them, just like in the movies, and then he’s gone, leaving the officers panting and gasping in the street and a few bystanders shocked and some are even laughing.  I felt a twinge of regret that I hadn’t had the presence of mind to be the hero and trip the guy, but then he probably would have made orders from his prison cell to have his gang hunt me down and kidnap my children and I would have to hire a P.I. and go into the witness protection program.

Or at least those are the things I thought about as I kept on walking toward the Dr. office, my heart racing for the second time that day.

In the afternoon my mom and I were going to take the bus together to pick up the boys from school but she realized her Oyster card was empty so she decided to walk up to the school and meet us there so she could sit with the kids while I went to Eli’s “target setting” with his teacher.  My Oyster card was almost empty too so I knew we would have to walk home so I put Simon in the stroller and Mim walked with me.  In the afternoon when we take the bus there are always a dozen older kids getting off at the stop where we get on.  They must get out of school earlier.  Anyway, as I’m getting on the bus with Mim and the stroller, and all those teenagers are getting off, an older business man gets caught in the mess, and I accidentally cut him off with the stroller, making it so he can’t get to the bus doors, and they close.  To make matters worse the next bus stop is closed and so he had to go pretty far out of his way.  He wasn’t rude at all but I felt terrible.

The rest of the day went fine and after the kids were in bed my mom and I were enjoying a quiet evening when Richard came home from work late.  He had shock and bewilderment on his face and proceeded to tell us the following story:

“As I was getting off the train I found myself walking behind a woman in work-out clothes who was really booking it down the sidewalk.  She was walking really fast in front of me and turned down our street and then just disappeared.  As I walked up to our doorstep, there she was, squatting between two cars and peeing in the street, right in front of our house!”

Sometimes I just don’t know about this crazy city we live in… it’s a long way from Kuna Idaho, I can tell ya that much.

2 thoughts on “Rough Day in the City”