One day I was ordering a book on Amazon and it occurred to me that it might be fun to go into London and buy the book at an actual bookstore.  Waterstones is the UK’s largest bookseller, along the lines of Barnes & Noble, so I decided to check out their flagship store on Picadilly Street in central London.  It was a rainy day so I packed an umbrella and a lunch for Simon to eat on the train into the city.

On our walk from the station to the store we discovered Burlington House, home to five learned societies including the Geological Society, the Royal Astronomical Society and the Royal Society of Chemistry.  But it is more well known as the venue for the Royal Academy’s temporary art exhibitions, one of which we saw in the courtyard. 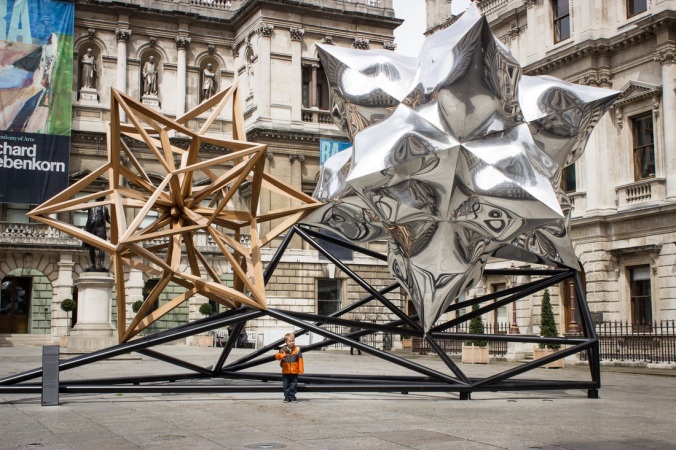 Waterstones flagship store is in the building that used to be home to Simpsons, a men’s clothing department store from the 1930s.  It’s nothing too notable from the outside.

Inside, it is only remarkable in the way all bookstores are remarkable.  They suck me in and I feel like I’ll never read all that I want to read. 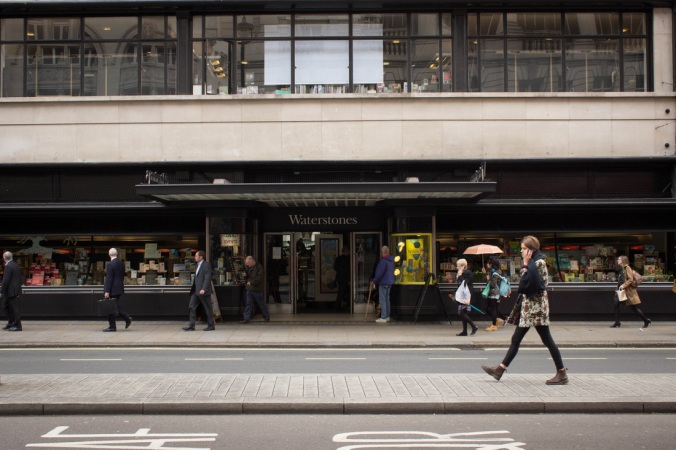 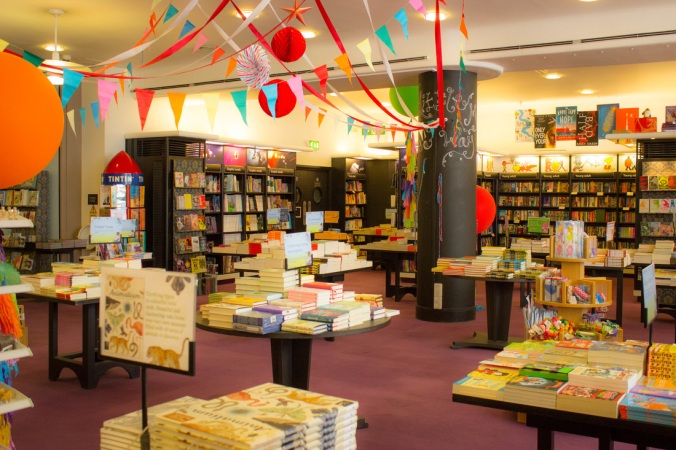 I think Simon was bewitched too, with all his favorite book characters on posters and on shiny, bright, brand new book covers.  Everywhere he turned he squealed the name of a beloved creature. “Paddington! The Very Hungry Caterpillar!” And of course, “The Gruffalo!” They also had some toys and dress-ups on the children’s floor, and then we sat at a table and colored for a bit.

Of course the book I wanted was almost twice as expensive as the same copy on Amazon, but it was worth the experience I suppose.  And I cheated a bit and took pictures with my phone of all the books Simon and I wanted to buy, so I could scout them on Amazon.

We left the store, walked through the rain back to the station and had a quiet ride home, in time to pick up the big kids from school.

**The book I bought was Man’s Search for Meaning.  Richard and I are going to Krakow and Auschwitz in a couple weeks, and I think I need some emotional prophylactics, if there are such a thing.