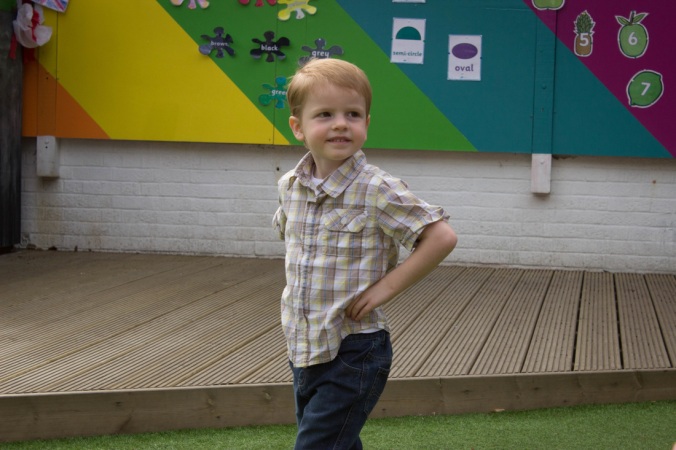 For the last few weeks at Simon’s school they have been learning about London and the United Kingdom. To celebrate, the nursery hosted a proper British Tea Party and the kids performed songs and stories they have learned this term.  When we got there Simon just strutted around the place with his hands on his hips, as confident and satisfied as a four year old could be.  It was totally adorable.  I snapped a few pictures, and then they had a little dance party on the patio while they waited for everyone to show up. 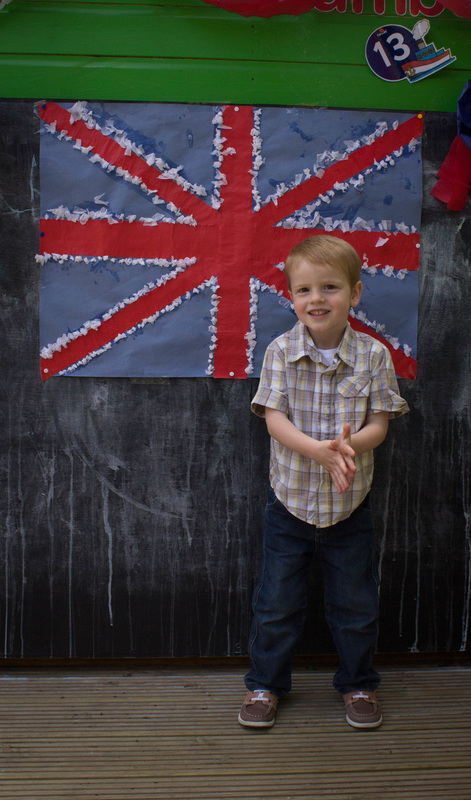 They started the program by singing “God Save the Queen” which I’ll have to get on video sometime, because he finally knows all the words and it’s totes adorbs.   I didn’t think to record anything during the program until it was almost over, and then I was kicking myself.

A day or two before the tea party Simon and I were walking home from school and he was reciting every one else’s lines in the program.  I had seen his teachers handing out slips of paper to parents with the words their child needed to memorize.  I asked Simon if he had a part and he said no.  I was kind of disappointed, because I knew he would do a good job, and I know his teachers love his little American accent, but I figured they had their reasons.  So I was totally surprised when Simon stood up and Miss Julie gave him the microphone.  “Say hello” she whispered to him and he quickly obeyed.

“Hello everybody!”  There were audible sighs of adoration, I’m sure there were.   He then went on to recite all the words to “The Very Hungry Caterpillar” as each of the children in his class held up corresponding pictures.  It was such a proud mama moment.  He was a star! 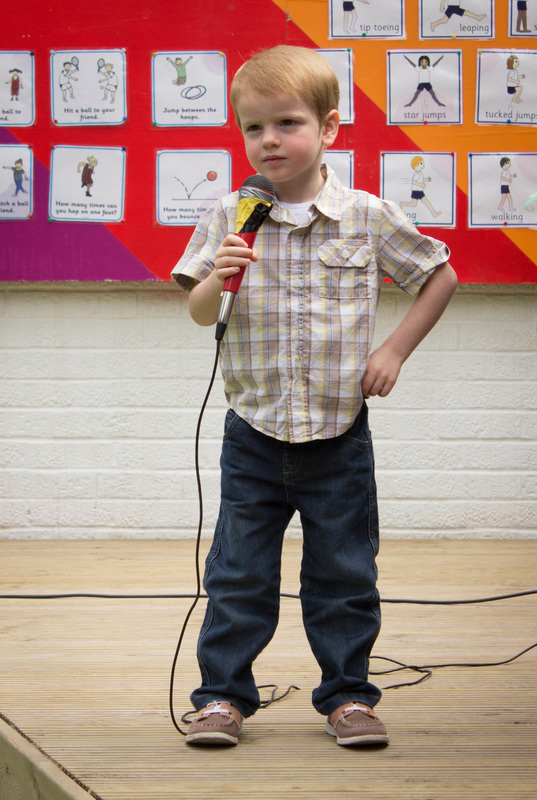 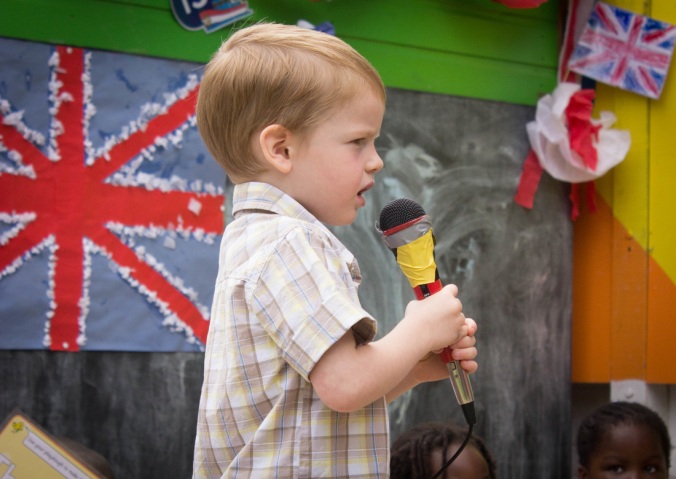 “On Monday he ate through an apple, but he was still hungry…”
They did a little presentation about London landmarks, then they sang some nursery rhymes, and finished the show with an enthusiastic rendition of “Let it Go.”  After the program we had tea and scones and cucumber sandwiches.  And then there was more dancing.
The weather was perfect and the food was delicious (but food is almost always delicious to me) and Simon had such a great time.  It was so delightful for me to see him in his element like that and I feel so grateful for his teachers and British education.  And I somehow managed to get a photo of Si with his favorite adults.  (Pronounced ad-ults.) 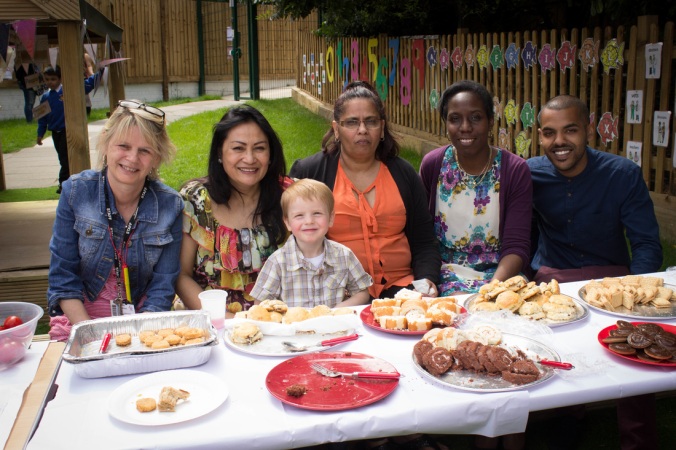