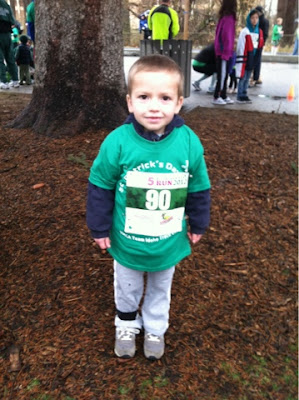 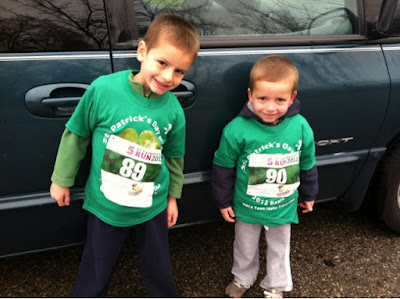 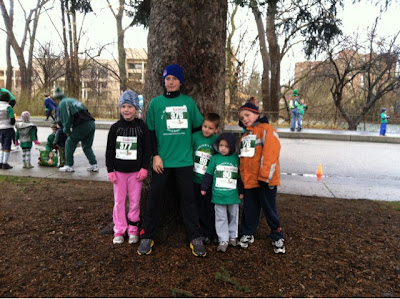 This race has become a yearly tradition, and we can always count on the Halladay kids to be there.  Tren won for the second year, making him Cameron’s new hero.  He keeps talking about what he needs to eat to be like Tren, and how often he needs to practice running to be like Tren.  Cameron ran by himself this year for the first time, and did well, and Eli trucked it along with Richard at a steady Eli-pace.
We usually go to Perkins downtown after the race but Perkins is no more.  So we met up with Baca & Grandpa Hall for breakfast at IHOP. Richard was more than pleased to be eating at IHOP within the quarter, rather than waiting a full year until our annual IHOP brunch/Christmas tree excursion.
Mark didn’t make it to the race this year so we stopped and visited him on our way home.  Richard told Mark stories of races in years past because those stories never get old to someone who can’t remember them.  (No insensitivity intended.)  And no father, no matter the circumstances, doesn’t like to hear that his son was the star.