Spoiler Alert: There is a picture of me in this post! 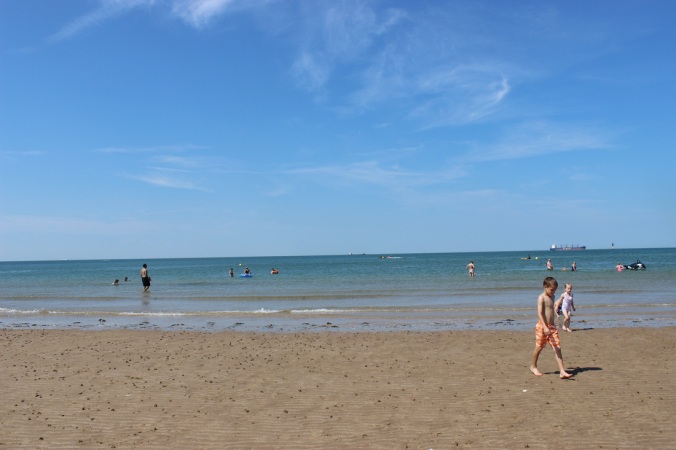 After the museum we went out for lunch at then drove to a beach that was recommended by our hotel concierge.

I’ll let the pictures do most of the talking.

Mim made friends with a girl at least twice her age but they played together wonderfully. I sometimes feel badly for her, having no sisters.

I will mail European chocolate to whoever can offer me a satisfactory explanation to this mystery.  All over the beach were these little piles of sand and little holes.  I know they look like turds, but they are sand, I promise. You can see them in the pictures above.  It’s as if someone pressed sand through a pasta maker in little piles all over the entire beach.  Then the tide would come in and wash them away. 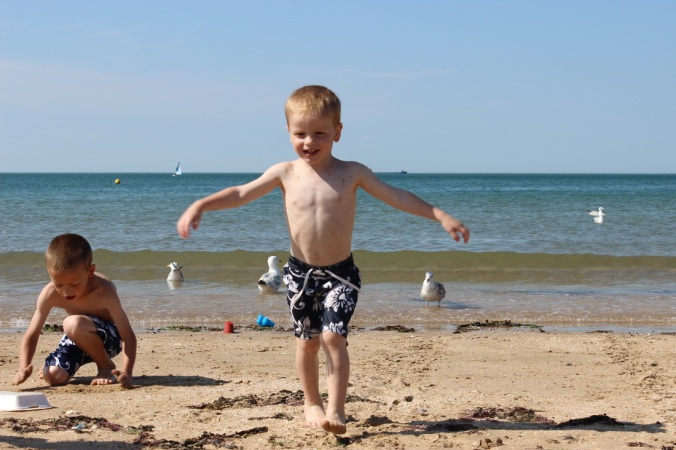 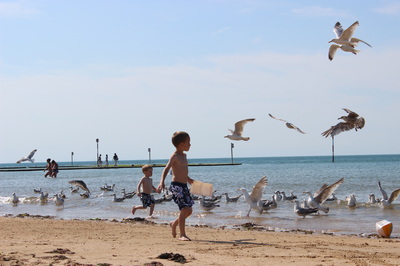 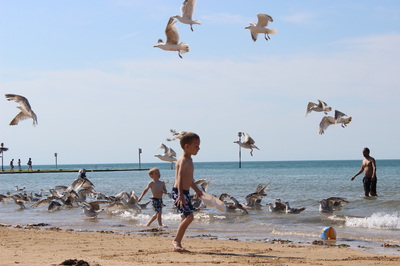 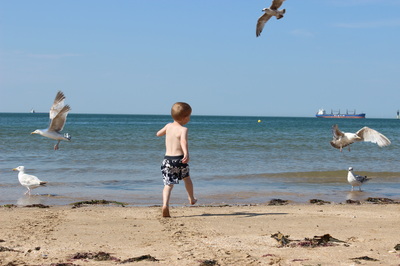 There are a disproportionate number of pictures of Simon but he was just having so much fun, and he always stayed close by, I couldn’t help myself.

A rare picture of Richard. 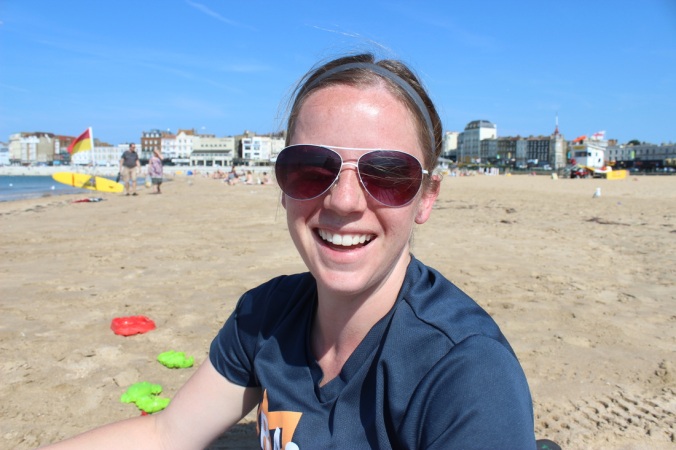 And one of me- author of this weblog.
I didn’t even pack mine and Richard’s swimsuits because the forecast said it was going to be 68 degrees.  I figured kids aren’t too picky about weather for swimming but I didn’t think the adults would be interested.  It ended up being over 80 degrees and we were wishing we were in the water!  I’ve never seen a forecast be so terribly incorrect and been so disappointed about it.

After we finished at the beach we drove back to London, sandy and exhausted, for our last couple nights in our apartment.