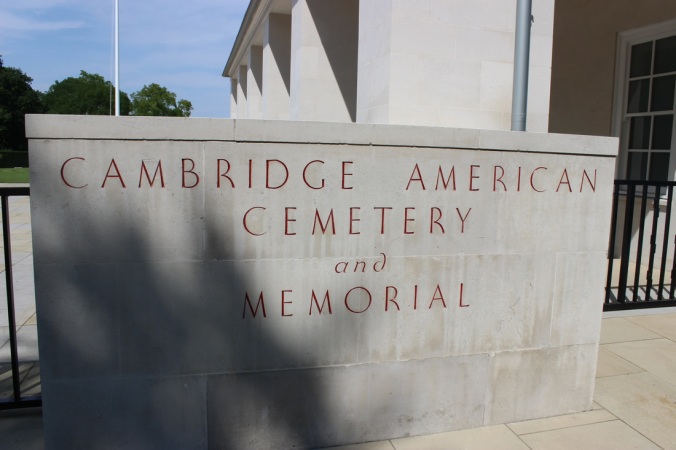 I’m really excited for Cameron and Eli’s new passion about WWII because they are pouring over books and movies about history.  But I’ve been worried that they are glamorizing war.  I know it’s normal for boys to get excited about guns and tanks and courage and heroes, and that’s even okay with me.  The other day I told Richard that I wanted to find a way to help them understand the horrors and tragedies of war without traumatizing them.   Then I remembered that there was an American cemetery near Cambridge where American’s who were killed or missing were memorialized and buried. We had a Saturday afternoon with nothing on the schedule and a tank full of petrol, so it seemed like a perfect outing.

I had heard of the cemetery from a story I read when we visited a museum in Dover.  The story was just on a yellow piece of paper slipped inside a sheet protector and taped to the wall, but I took a photo of it because I never wanted to forget it.

It would probably be worth my time to type it up so it’s easier to read, but I don’t have time to do that right now.  If anyone would like a copy send me an email and it will motivate me to get it done! (And hopefully it wouldn’t be illegal.) If you have the patience and good eyes, I highly recommend reading it here. 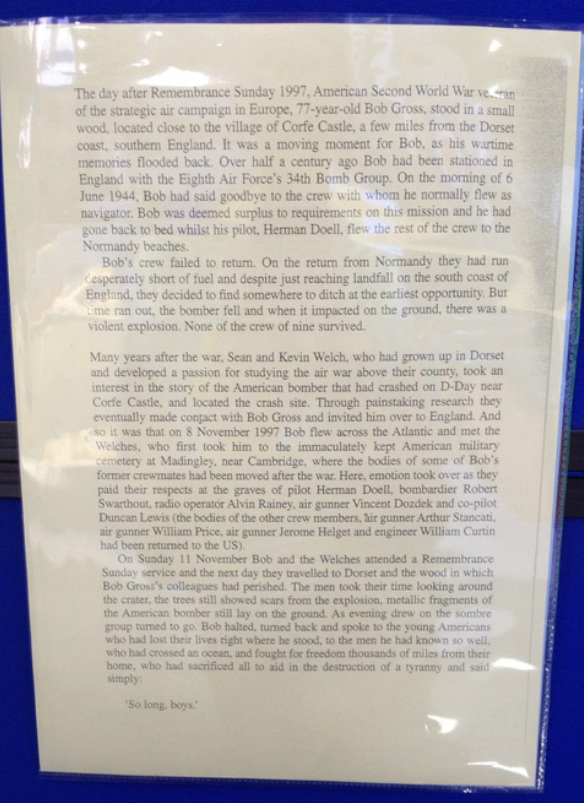 We packed a picnic and made the drive up to Cambridge. It only took an hour to get there once we got out of the city.  And it was a really pretty drive.

The cemetery is immaculate, just as the story described.  It was also very peaceful.  Richard gave the kids a little pep talk about reverence and respect and the hallowed ground of places like this. 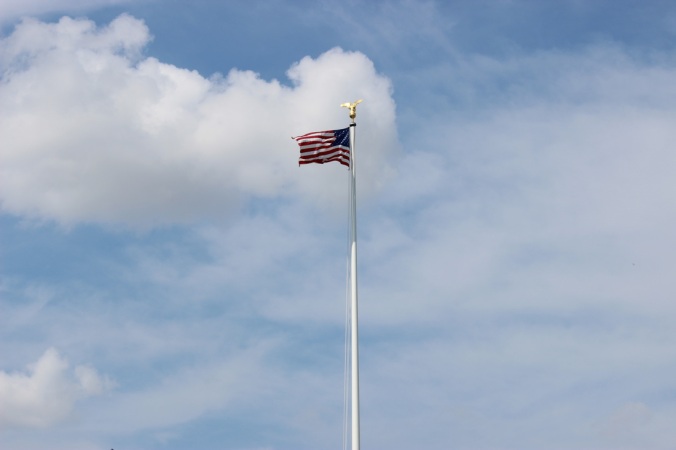 It was welcoming and warm to see the American flag again. 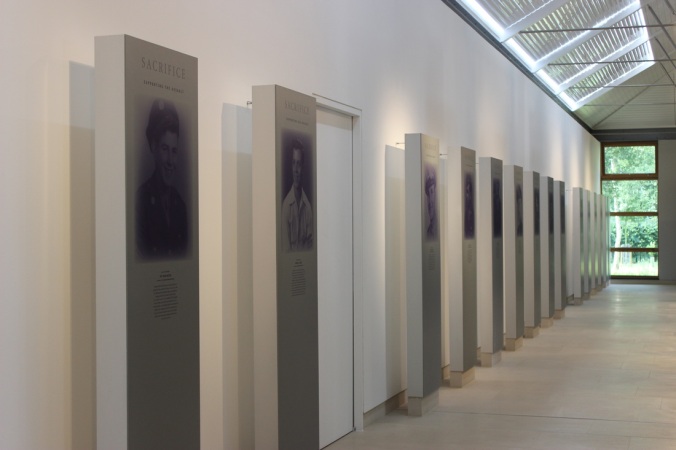 This wall had short bios along with a photo of various men and women that either survived the war or were buried or missing. It certainly made it feel personal.
There was a Visitors Center that had a short video about WWII and the cemetery.  It explained who was buried there and talked about America’s involvement in the war.   There were other displays and photos and a lot to read about America’s relationship with the British and I was quite touched by the gratitude and respect the locals in Great Britain had for the American servicemen.

There are 3,812 men and women buried in the cemetery, including military personnel and American civilians who lost their lives while working in England during the war.  Then there is a wall of the 5,127 missing men and women who died at sea or whose bodies were never recovered.  (Including the brother of John F. Kennedy.) 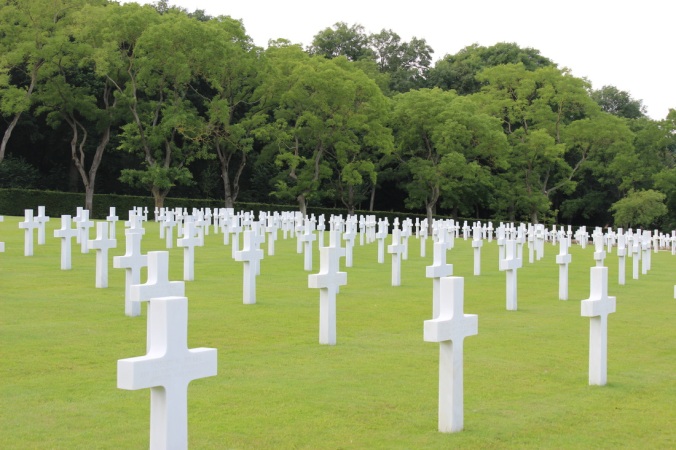 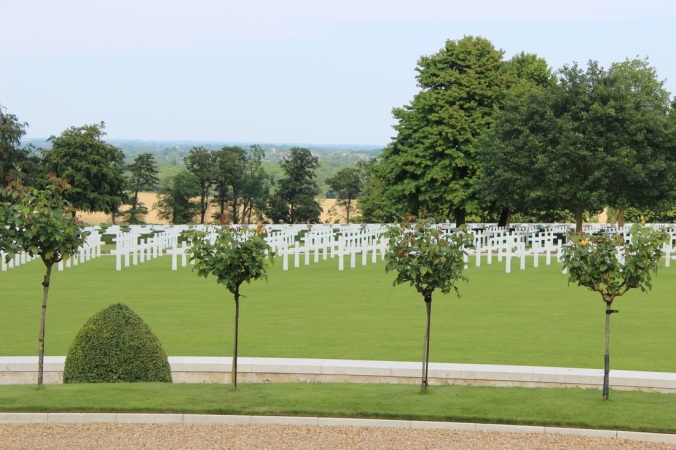 The cemetery is on a hill overlooking the town of Cambridge. 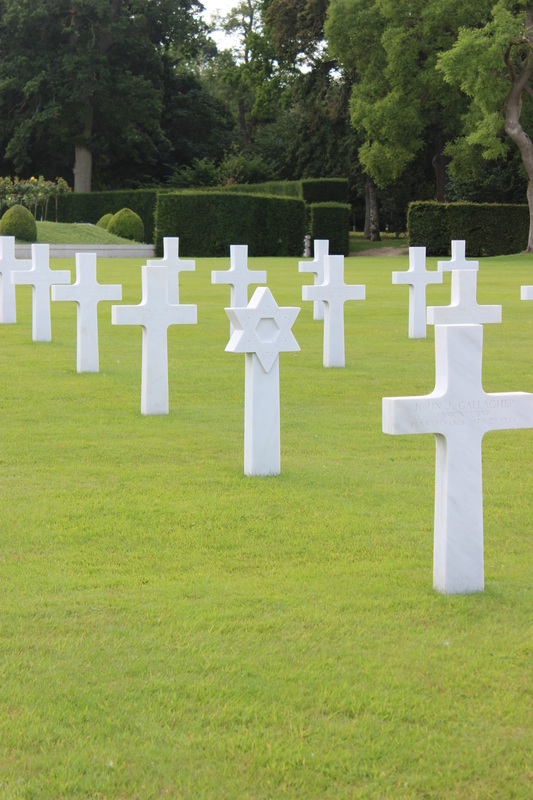 I asked Richard about the stars and he said it was probably for Jewish servicmen, instead of a cross they have a headstone of the Star of David. 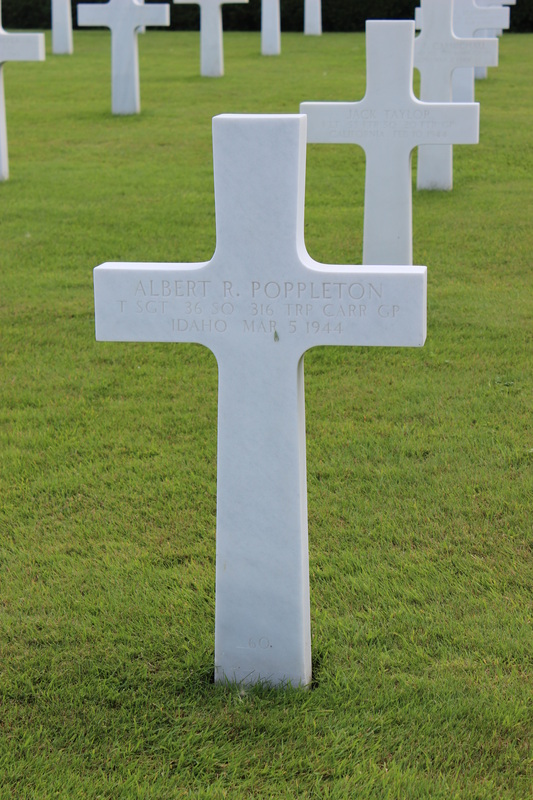 We told the kids to try and find a soldier from Idaho, and they did but it took awhile. 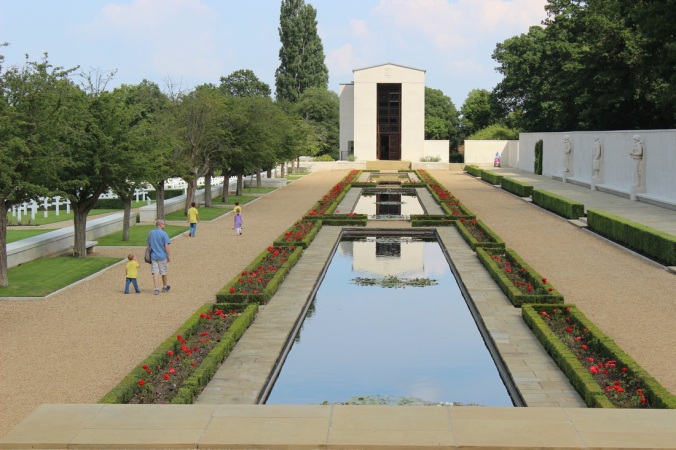 At the end of the reflection pool was the chapel. 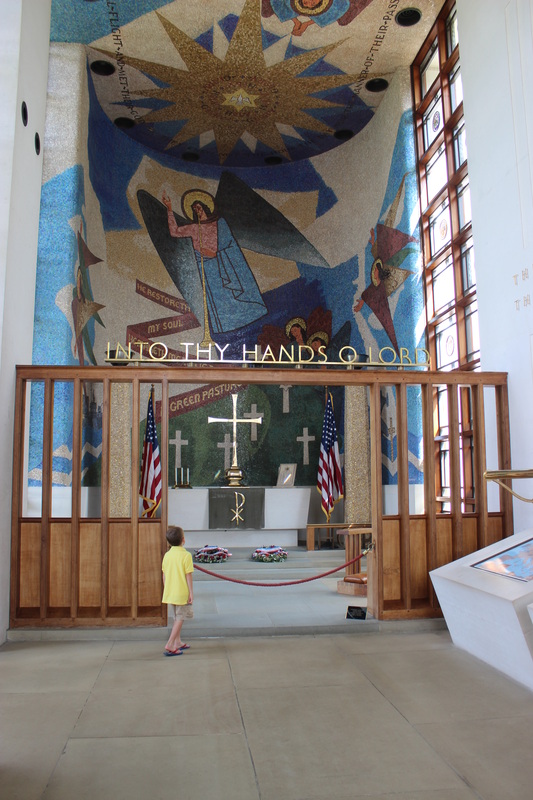 The chapel had the most amazing tile mosaic on the wall and ceiling. The whole trip would have been worth it just to see this piece of artwork. 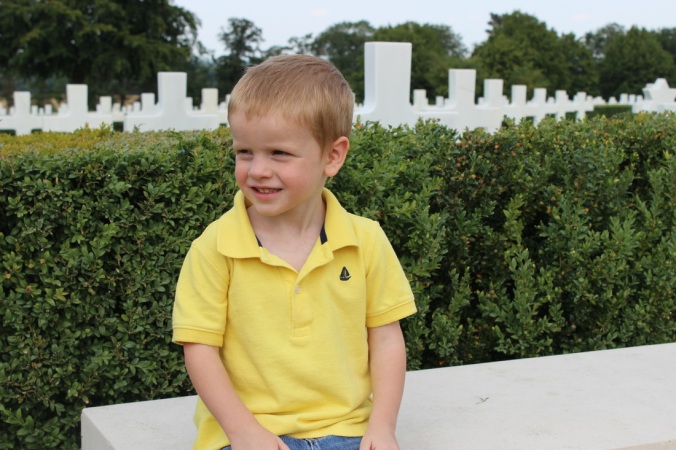 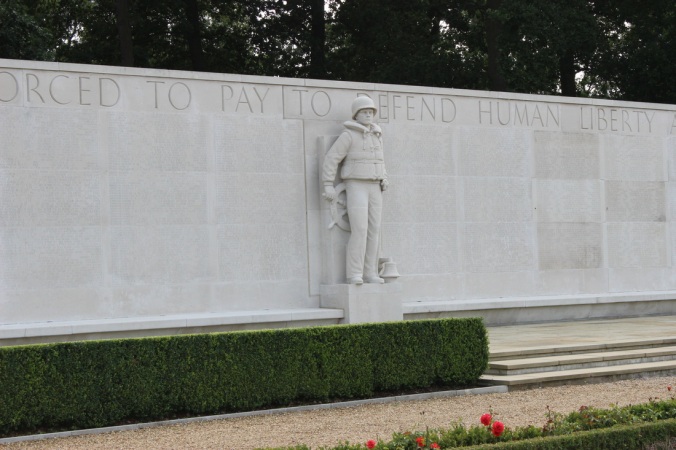 The wall of the missing, their names are engraved in alphabetical order.
It was a really sacred and meaningful experience for me, and I think it had the desired effect on the boys too.  There were nearly 70 million people around the world who lost their lives during WWII.  That number is impossible to comprehend for a 7 and 9 year old.  But to see 3,000 headstones gave them a somber realization that war has a heavy price.   I didn’t want them to be depressed, just aware.

I’m personally grateful for the bravery and self-sacrifice of the men and women who lost their lives during this and other wars.  I was also moved by the examples of unselfish service and genuine love and brotherhood that motivated many of the men who died.  Richard and I talked about how military service can be rough around the edges.  The men sometimes have a reputation of being vulgar and reckless or arrogant.  But they exhibited levels of charity neither of us could claim to have and we were honored to read their stories.