Our trip to Dover Castle was three weeks ago but I just hadn’t gotten around to posting about it.  We visited Dover Castle on our second day in Ramsgate, after we visited the Cliffs of Dover.

Dover Castle has a “Great Tower” (see below) but the name refers to all the buildings enclosed within the castle walls. There are guard posts, churches, military barracks, and several other outbuildings.

The main castle tower was built and used mostly by Henry II around 1200AD. 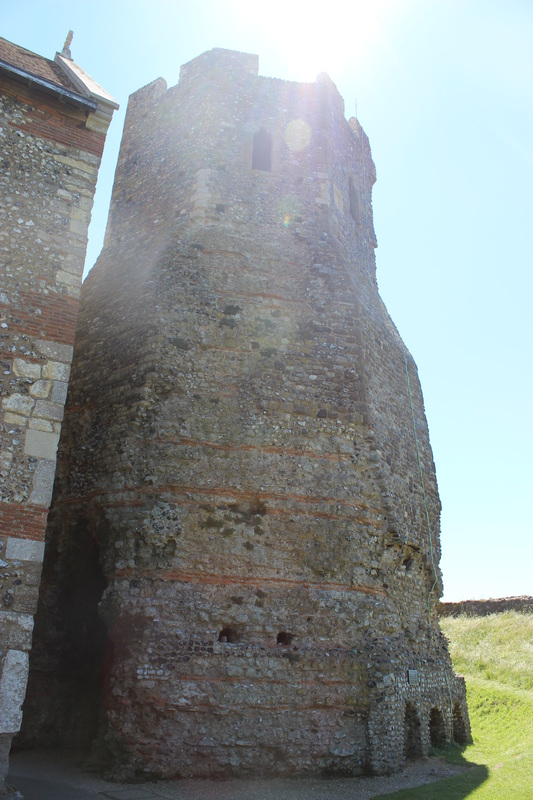 An ancient Roman lighthouse, built sometime after the Romans invaded England around 43AD.

This St. Mary-in-Castro Anglo-Saxon church was built pre-Henry II during medieval times, but over the years fell into disrepair. It was reconstructed in the 1860’s. 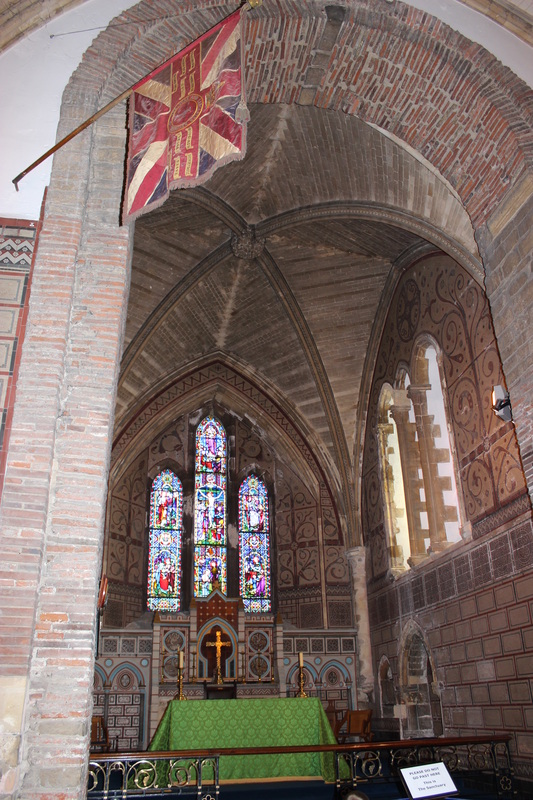 The English (and probably many Eurpean countries) spare no expense with their churches. They are all so beautiful. And I have a thing for biblical stories depicted in stained glass.

The following pictures are all from the inside of the Great Tower.  It was all decorated as it would have been during the time of Henry II.  The kids had a great time exploring it. 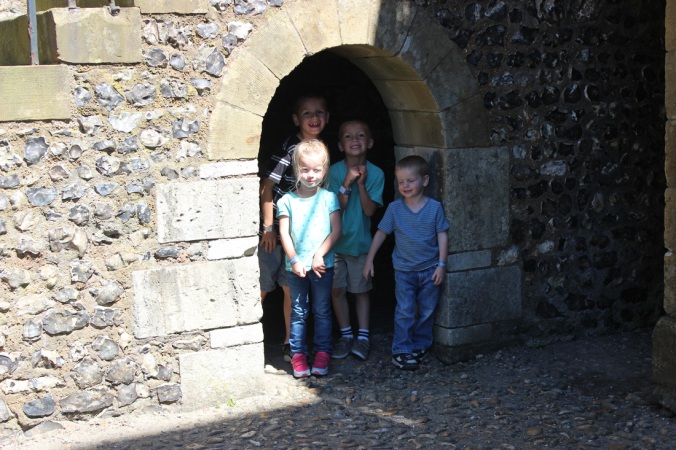 My kids are always attracted to anything that looks like it was made for very small people. 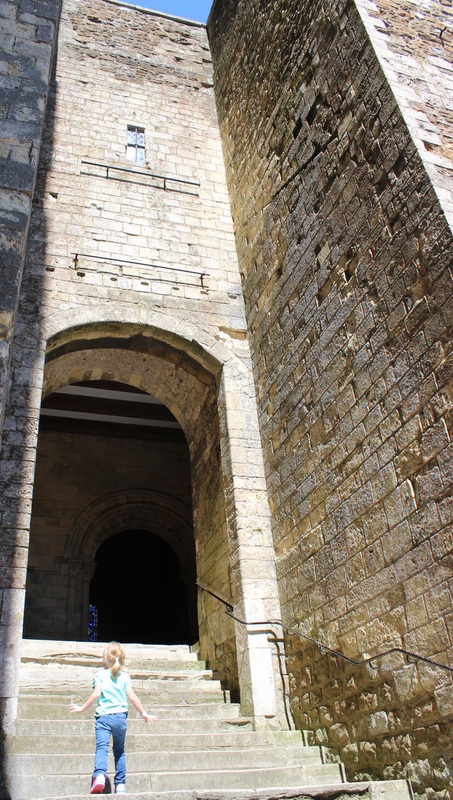 The Queen (Mim has no interest in being a princess) ascends to her throne! 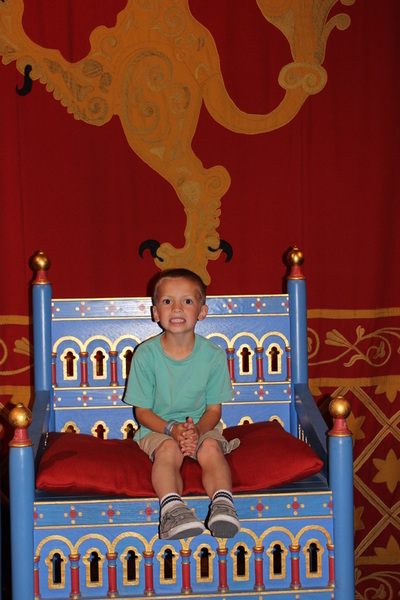 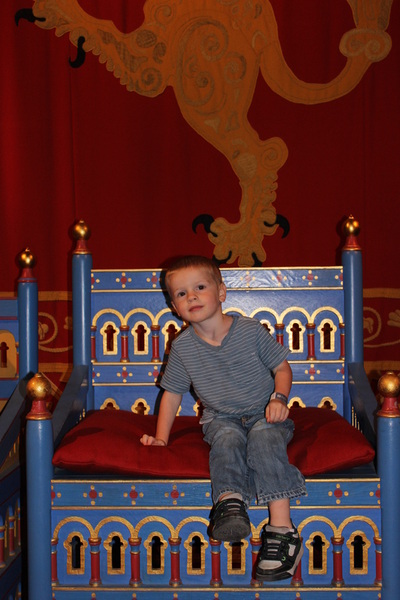 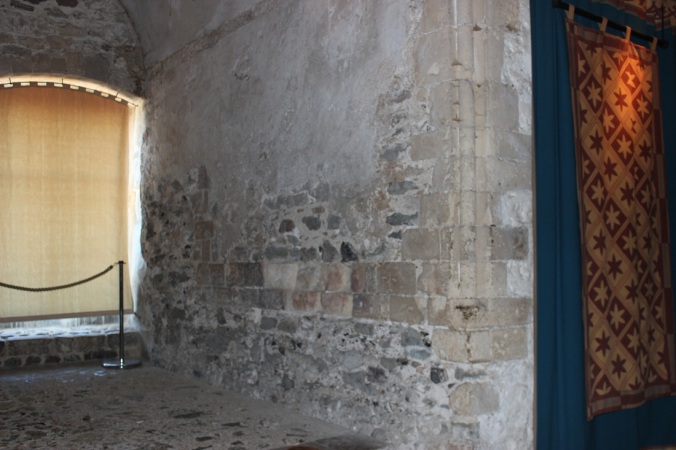 The walls are 21 feet thick. 21 feet! you can see the inside wall with the tapestry hanging on it, and the outside is where the window is.

After we toured the Great Tower we took the kids to the shop and let them pick a toy. The boys all picked wooden swords and Miriam picked a crown. 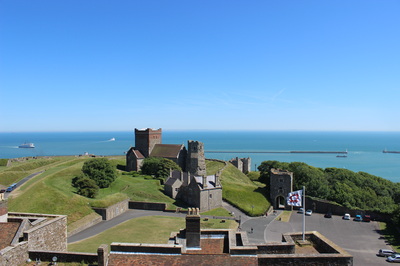 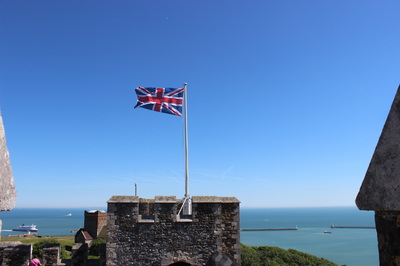 The view from the rooftop of the Great Tower.

The highlight of the trip to Dover Castle wasn’t actually the castle for Cameron and Eli.  Down the hill, closer to the cliffs there are a series of tunnels that were used during WWII.  We took a tour that had some neat film/sound/wall projections that are hard to describe but were really creative and interesting.  I think this was the beginning of Cameron and Eli’s WWII obsession.

The tour talked a lot about Operation Dynamo, which was the effort by the British government to rescue allied forces from the coast of France after they were cornered by the German army.  It was a really interesting story and if you’re in the mood for a bit of history, look it up.  I didn’t get any pictures of the tunnels because photography wasn’t allowed during the tour.

It was a long day with a lot of walking and by the time we were finished someone was looking a little pathetic.