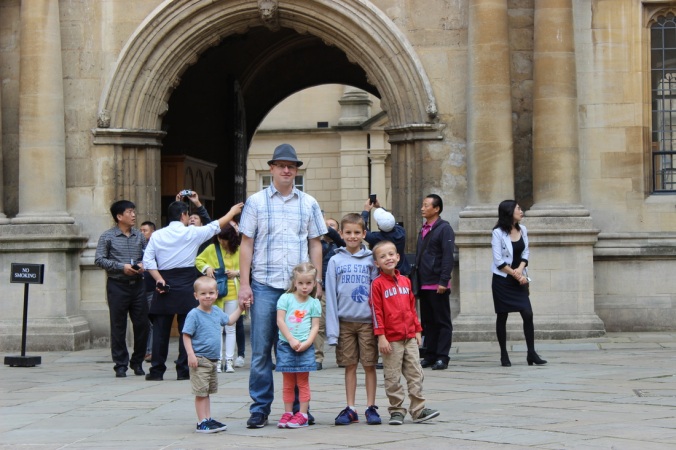 So many things to love about this picture- but most of all the way it looks like the tour guide is tapping Richard on the shoulder.
Even though I’ve admitted to and joked about the realities of tourism with four kids under ten years of age, I still find myself disappointed by those realities each time I plan something.  It never goes the way I imagine it, and that may just be the way I describe these two years once they are all said and done.

But it’s an experience nonetheless.

Oxford is the home of one of the oldest universities in the world AND various scenes from Harry Potter movies, so what could be more appealing?

The Bodleian Library is the oldest library in the UK and has over 11 million items. It contains a copy of every book published in the country.

The Radcliffe Camera- a classic Oxford fixture at the heart of the university. It was disappointing to not be able to go through many of the buildings, but I could completely understand that some things should be available to the students without the interruption of tourists like myself.
We loaded up the brood in the morning and made the drive in about an hour fifteen.  We parked at a park n’ ride because we were told that parking at the university is hard to come by.  The bus took about 15 minutes to get into the town and then there we were- at Oxford!

The list of alumni from Oxford is impressive.  It’s EPIC for lack of a better word.  Something like 47 Nobel peace prize winners, two kings, 12 monarchs of sovereign nations, 25 prime ministers, 35 presidents of 19 other countries, the list goes on and on.  Julius Ceasar, Dr. Seuss, Hugh Grant and Bill Clinton all went to Oxford.

I had a “walking tour” sort of mapped out in my mind but that didn’t match up at all with any lunch plans and it quickly went out the window.  Miriam and Simon were feeling particularly restless so their attention spans were virtually non-existent.   So I’ll just post pictures of our patchwork visit to this great establishment of learning.

We had a tasty lunch at a sandwich place in the Oxford Indoor Market. It really hit the spot. I love me some market food.

This skywalk connecting two buildings of Hertford College has become nicknamed the “Bridge of Sighs” because it supposedly resembles the bridge of the same name in Venice. But I’m told, it doesn’t really. It’s still a neat bridge.

The Divinity School was built in 1488 for the study of theology.  It’s a gorgeous building, and I marveled at the discussions that must have taken place in those walls.

I also marveled at why they reduced such a remarkable place to the ranks of “hospital wing” for Harry Potter filming. It’s majesty was apparently lost on Hollywood… 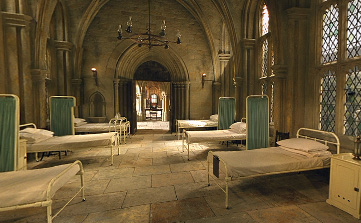 Someone was refusing to conform… 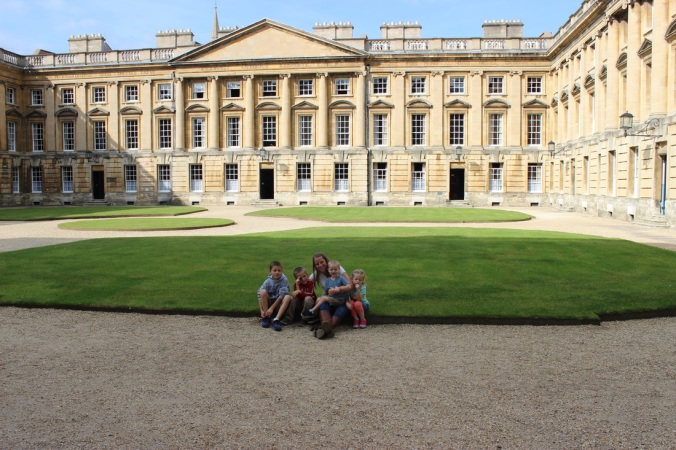 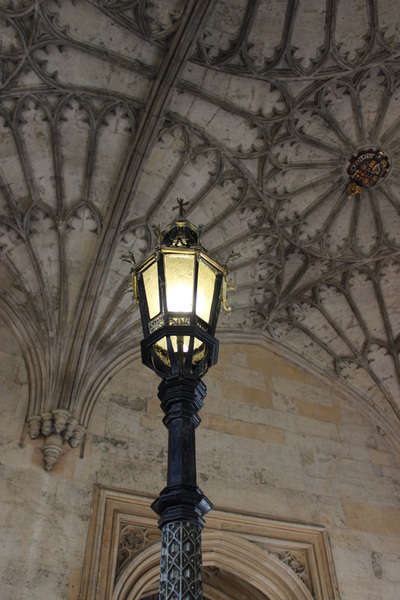 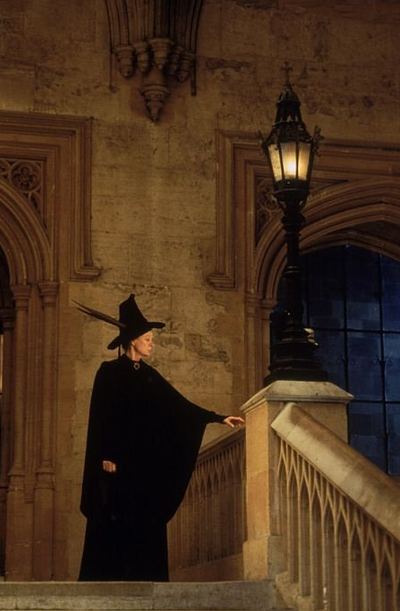 Dang.  If I wasn’t so busy planning a trip to Oxford for a family of six I would have looked up these images BEFORE we went and taken a picture of myself in the exact Prof. McGonagall pose… We stood on that staircase while we waited in line to see the dining hall.

Alas- the picture on the left is my shot of the lampost you see in the picture on the right.  Please don’t ask me why it’s cool to see places from movies because I could not muster a satisfactory response.   The places we saw have sufficient merit on their own for architectural beauty and historic magnificence.  And yet I keep going…

The Dining Hall at Hogwarts wasn’t actually filmed in this dining hall, because it was a set. But the set was designed after this dining hall. How would you like to eat your cafeteria meal plan in this place?! 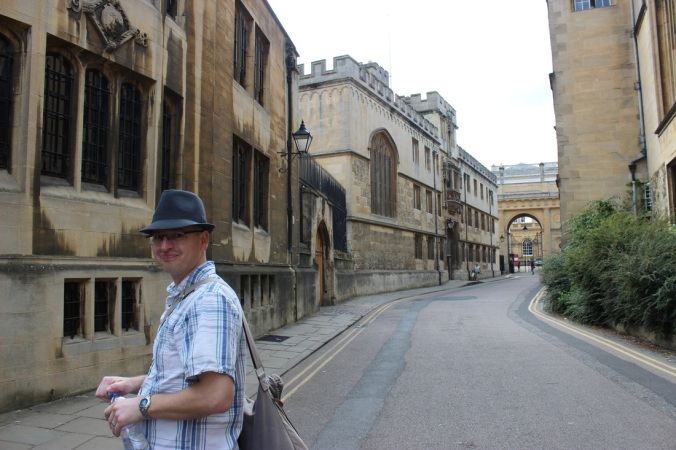 A quick note about Richard’s hat. Hats are a necessity for Richard because in warm weather his head gets sunburned and in cool weather it gets cold. I wouldn’t say that baseball hats and beanies are non-existent, but they are definitely American. So we’ve done some hat shopping lately. When in Rome…

I love the way Europeans do churches.

There was so much I didn’t get to see.  There are a couple really neat museums in Oxford that we didn’t even walk by, and a quick trip into the Oxford bookstore to use the loo had me dying to go back.  So will someone please come visit so I can have a reason to return? Sans children?

Once the kids were sufficiently bored we took the bus back to the park and ride.  I had read in a guide book that Oxfordshire is one of the prettiest places in the countryside so we drove outside the town and took a walk along the river.  The Thames.  The same river that runs through London.  You’d never know it… 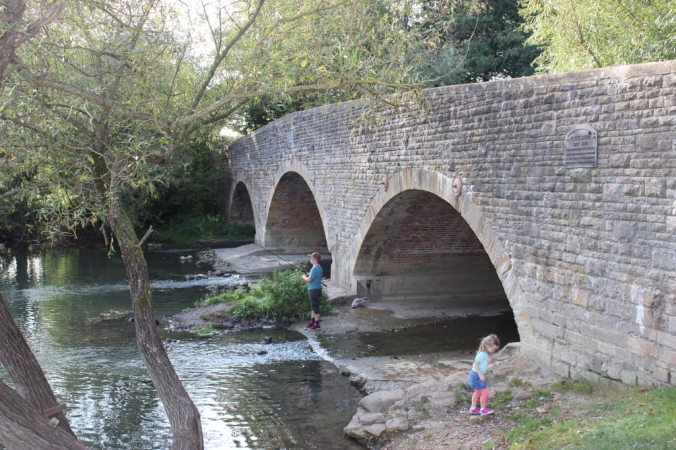 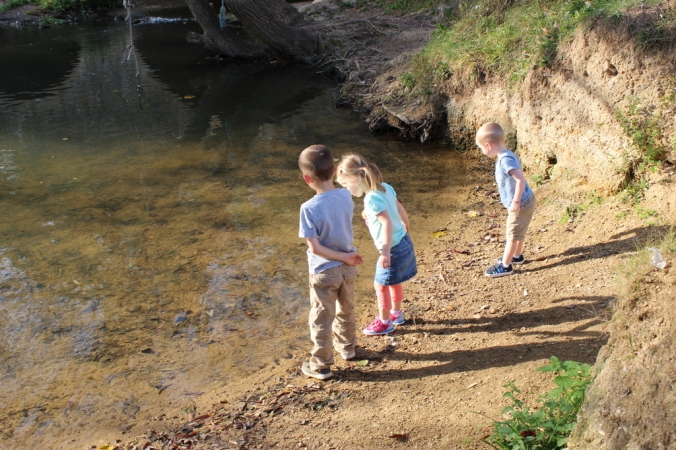 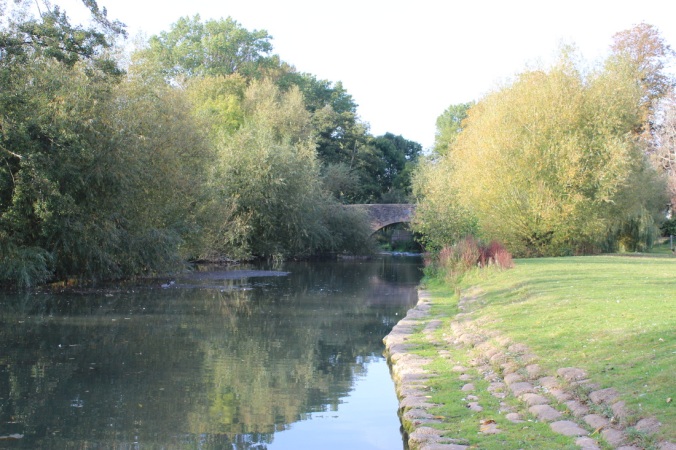 We walked along the river through the countryside and it was scenic and relaxing. The kids were thrilled to be able to run and be loud again.

So I suppose the trade-off to having kids and not getting to spend hours in a museum, is that you get to spend gorgeous late afternoons in a field with the glorious sunshine.