I felt like I didn’t get to see much of the historic parts of Vienna and so Thursday morning I dragged myself out of bed early and went into the city by myself.  I promised to be back with breakfast by 9:00a.m. and I was in the city by 7:00 so I had nearly two hours to just walk and explore.  It was SO lovely.  It was quiet, no tourists, no crowds, nothing was even open.  I shared the streets with stock deliverers, joggers and street sweepers.  It was also nice to be out sans children, but best of all- it wasn’t hot! The temperature was perfect.

I didn’t have a city map, or any kind of guide, so I can’t even tell you what these building are.  But they give a great taste of Vienna’s architecture and charm. 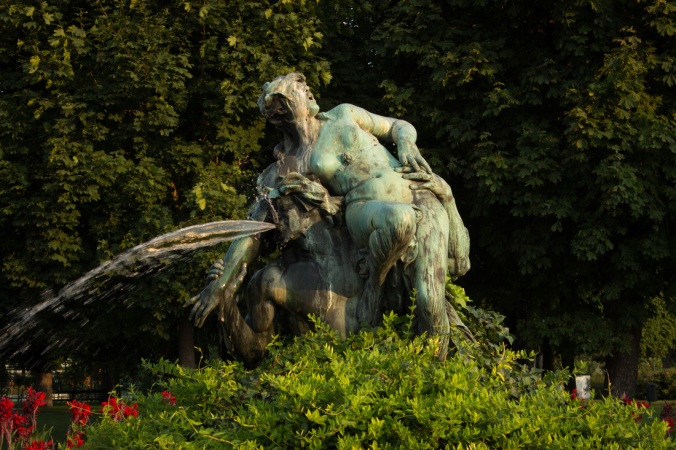 I loved this sculpture. I can’t even really explain why, and of course the photo doesn’t do it justice because you can only see it from this angle, but there was something incredibly romantic about it.

Not a soul in sight. 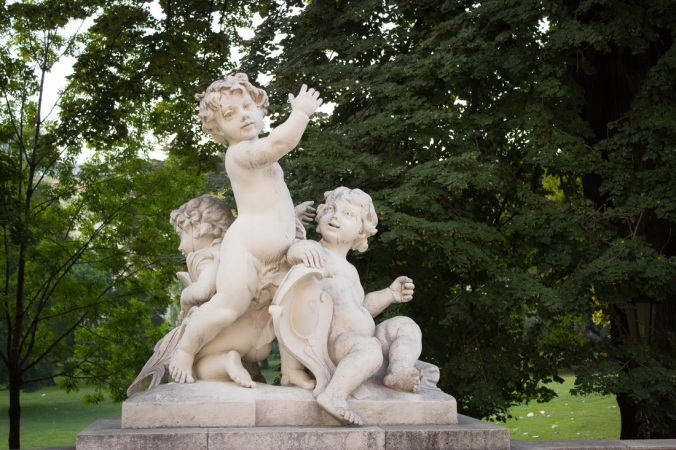 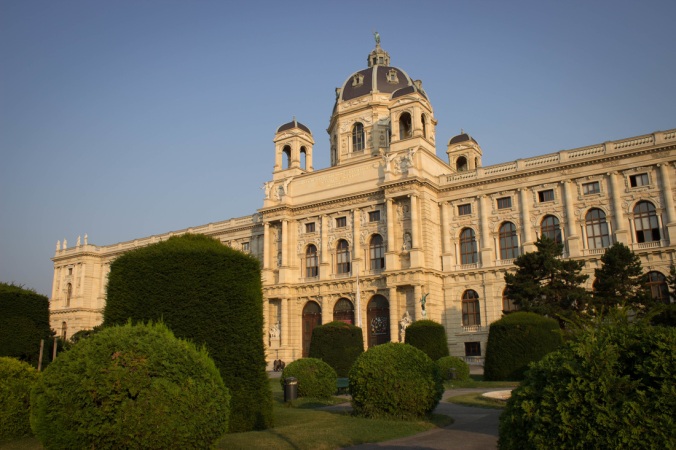 There was scaffolding up around this cathedral because they were pressure-washing the stone. You can tell exactly where the clean stone meets the sooty-stained stone. I wish I could see it when it was finished!
I finished my solitary morning in Vienna by eating a fruit tart and drinking freshly squeezed orange juice at a small cafe on the market square.  Then I took the train back to our flat, grabbed some pastries and fruit for breakfast, and returned to the reality of traveling with four kids.

We packed up and headed out, working our way from the eastern edge of Austria, four hours west to a Eurocamp near the town Zell Am See.  I’ll write more about Eurocamps later, but it was a beautiful drive.  I’m glad we drove through the Austrian Alps first, because they might have been a let-down after we saw the Swiss Alps.  That’s not true, they were remarkable in their own right; they were majestic and beautiful and green and breathtaking.  I didn’t take any pictures on this drive, but I did on our drive to Venice a few days later.

I think it was on our way to Zell Am See that we first had the idea to eat lunch at IKEA.  We wanted something quick, cheap and easy to order, but I couldn’t handle any more McDonald’s.  It turned out to be a great idea, and spotting an IKEA from the motorway is just as easy as spotting a McDonald’s.

We didn’t get to our Eurocamp until late afternoon, and the kids were dying to go swimming.  So we checked in to our little “camper”, threw on swim-suits and headed for the pool.  It was really crowded but really fun to be in water after so many hot days.  We went back to our camper, dressed, and drove into the town to do some grocery shopping.

The next hour of my life was such an overwhelming and discouraging time I hesitate to relive it.  I’ll warn you that is totally #firstworldproblems and #travelingproblems, both of which don’t justify complaining.  But alas, I’m going to complain.  I’ve been in foreign grocery stores before, and usually I really enjoy it.  But this time, it was already dinner time and my hungry family were all waiting for me out in the car.  I was trying to hurry but that just made it worse.  I couldn’t find simple essentials like ketchup (what can I say, my kids are American) and matches.  Everything was in German, and the store was HUGE. (Go ahead, say it just like Donald Trump.)  I wandered around hopelessly lost and confused, and at one point I nearly burst into tears.  I know I’m being dramatic but it was really overwhelming.  I wanted to buy everything I needed to last the next three days, but I wanted to do it FAST.  Suffice it to say, that we mostly ended up eating potatoes, chicken drumsticks, bratwurst, and fruit and veg for dinner for the next three days.  Which isn’t really anything to complain about I suppose.  As a side note- I spent a lot of time looking for almond milk for Simon, so he could have cereal too, and I did have a few other more obscure items, but mostly I was just disoriented.  Then going through the check-out was stressful because I couldn’t understand what the cashier was saying to me, and I had to bag my own groceries (which is NOT a big deal unless you are already flustered) and I had forgotten which card I was supposed to use.

Eventually we made our way back to our camper, cooked some dinner, and then went for a walk to check out the rest of the campground.

Our little camper, nestled up against the Austrian Alps, was dreamy. Writing this blog post makes my heart long to go back there.

A swimming area that was part of the campground, not the crowded pool we had been in earlier.