Up in the mountains it really cooled down at night, which made for much more comfortable sleeping temperatures.  In the morning we had plans to go do a hike through a narrow canyon nearby.  Richard and I were so pleased when we got there because compared to so many of our other experiences so far, it was easy to find, not too far away, we were all adequately dressed, I had packed snacks, it was working out as planned.  Then we got to the trail-head and realized you had to pay to take the hike, and it was cash only, and we didn’t have enough.  It was such a let-down.   Just when you think things are working out…

So I went on the hike by myself, and Richard took the kids to another (free) hike and gave them a fantastic little geology lesson.

The canyon hike was really awesome.  It wasn’t really a “hike”, and it was really crowded, which made it hard to get good pictures, but I would totally do it again. 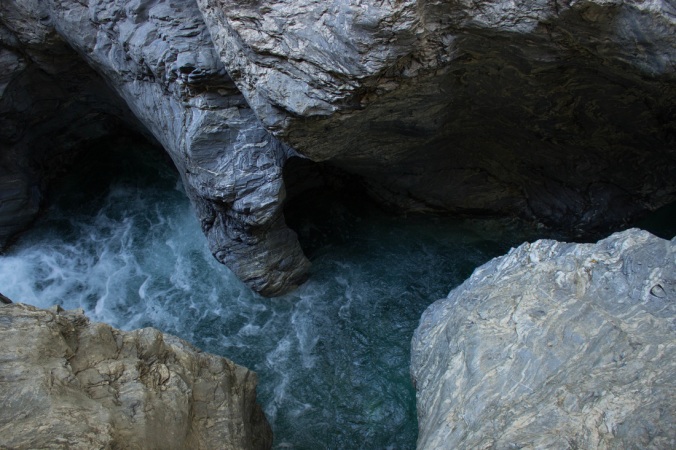 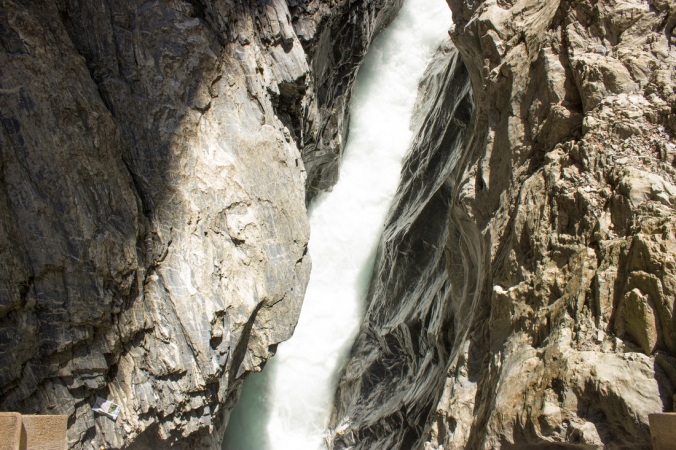 It was an out-and-back hike, and the waterfall (pictured above) were at the end of the trail.  It was pretty magical, walking through those narrow canyon walls of sheer stone, and then coming out into this open space with gorgeous green foliage and a really high waterfall.  I felt a little lonely experiencing it by myself.

When I got back out from the canyon Richard and the kids weren’t back yet so I just sat at a picnic table and waited for them.  When they joined me we ate some snacks, let the kids play at a little park, and then made our way back to the Eurocamp for lunch.

Slovenia was the first place where I saw flowers in window-boxes, but they were everywhere in Austria too. I just love them so much!

This was the trail Richard and the kids took. It looked lovely in its own right. 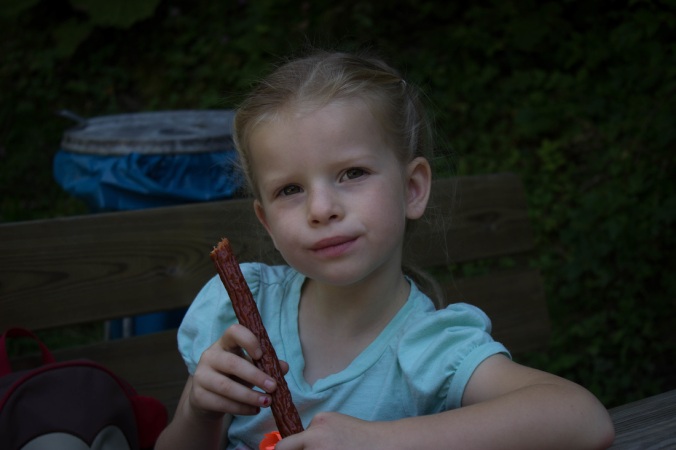 We ate lunch at our trailer (I really can’t come up with a better word for it) and then headed to the swimming pond/lake for the afternoon.  The weather was nearly perfect, with the exception of a cool breeze and the occasional clouds.  We played in the water mostly, but the kids also played in the sand too.  It was really, really fun. 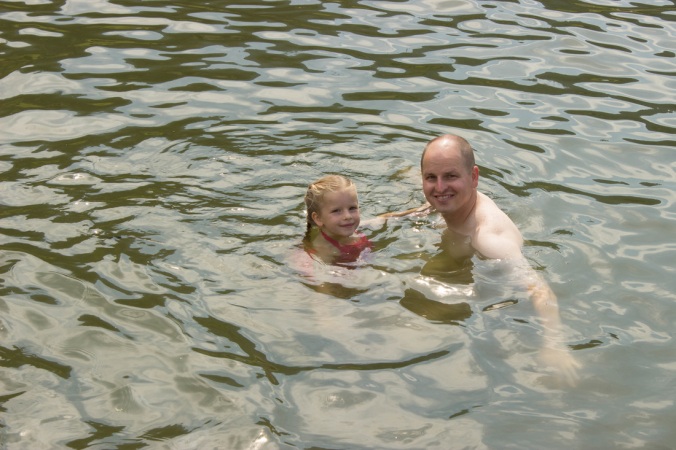 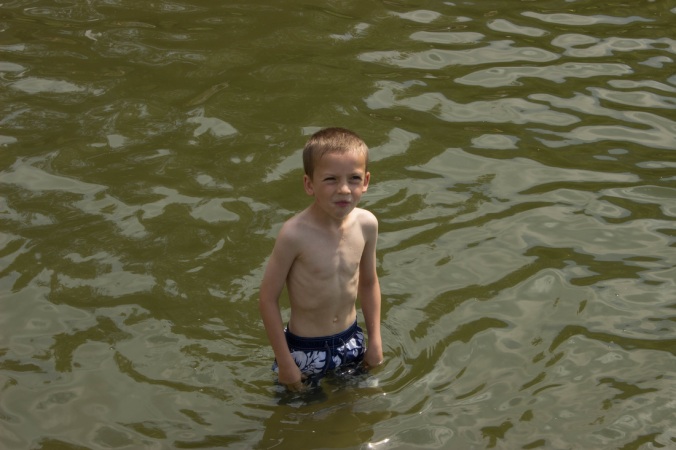 There was this rope bridge across the water that we referred to as the monkey bridge.  I think I gave it that name because it reminded me of something similar at a girl’s camp of years gone by, which was also called a monkey bridge.

In any case, it was a real challenge, and there were these obnoxious kids who would hang around and shake the bottom rope to make it even harder to get across.  But we all had some really good laughs on it, and some really good falls. too. (Except Richard, who was the master monkey, and could go completely parallel without losing his grip.) 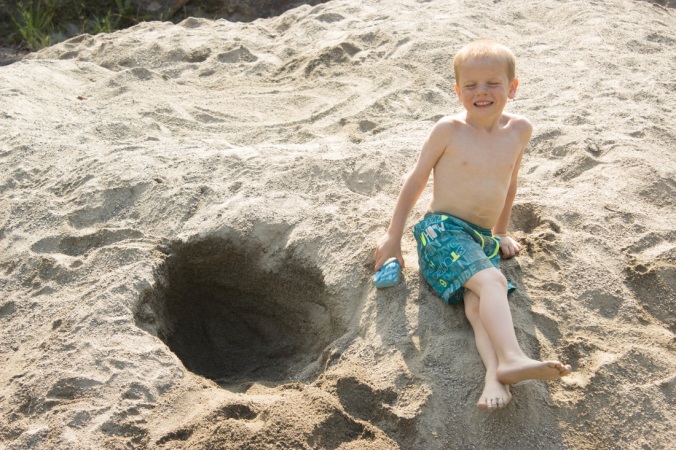 I had so much fun. I felt like a kid, or a teenager, again; swimming at Lucky Peak, or the Boise River, bridge jumping and just being care-free and reckless.  Cameron was totally into it too, he’s the only one of our kids who is a confident swimmer, but he was gung-ho all day.  We had such a great time.

In the late afternoon there was a football tournament organized by the Eurocamp, that Cameron really wanted to play in. So he changed his clothes and did that while I stayed with the other kids at the lake for awhile.  Then we all went to watch the games for a bit, and eventually we made our way, completely exhausted, back to the trailer, for dinner.

That night we took showers, played cards and went to bed, totally spent.

One thought on “Day 7: Eurocamp Zell Am See & Leichtensteinklamm ﻿”