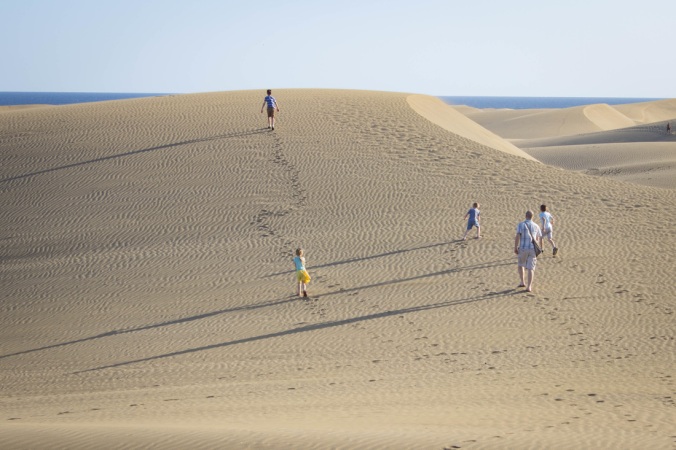 We knew that once January came Richard would get busy at work, and then in March or April would be the baby, so we decided to take one more big holiday.  Last year in December we went for snowy winter, this year I wanted sunny beaches.  The Canary Islands are really the best warm-weather climate for Europeans in the winter, and Richard still wanted a Spanish experience, so we picked the south coast of Gran Canaria.

It was all a surprise for the kids, which is great for some kids, and stressful for others, but I think they were all pretty excited when we woke them up early and drove to the airport in shorts and sandals.  (It was a cold walk from our car to the terminal!) Unfortunately, all of our excitement waned a bit when we sat on the tarmac for almost an hour.  It was a long flight too, much longer than the quick flight over to the European mainland that we were used to.  The Canary Islands belong to Spain, but they are pretty far south, off the African coast of Western Sahara and Morocco.

By the time we arrived in the early afternoon we were all ravenous so we bought some quick snacks and then jumped on the bus that would take us from the airport south to Maspalomas.  It was so warm, it felt sooo good.

We checked into our bungalow, which was was really great but I didn’t get any pictures.  It had three bedrooms, and a great patio, with lots of windows and skylights. Richard was getting lots of practice with his Espanol, and the kids were all really impressed.

After that we found an Italian restaurant just around the corner and we got the kids favorite, margherita pizza, and I had gnocchi which Eli tried and fell in love with.  Then we went for a walk to explore. 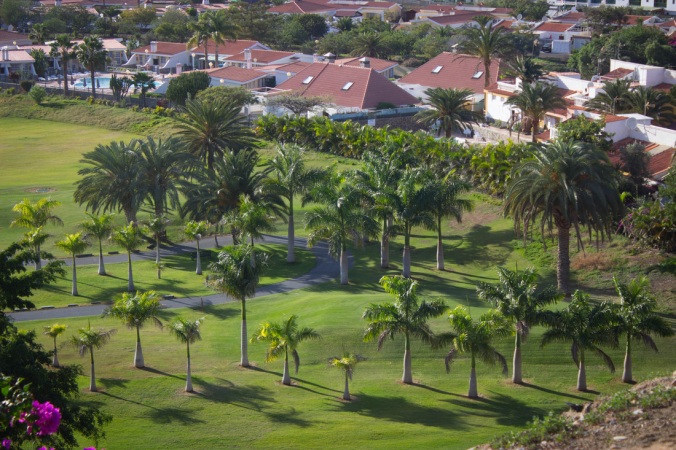 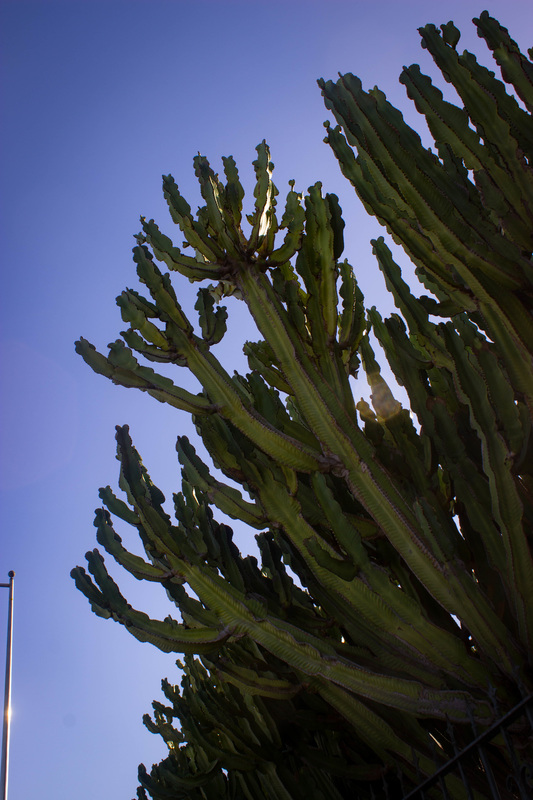 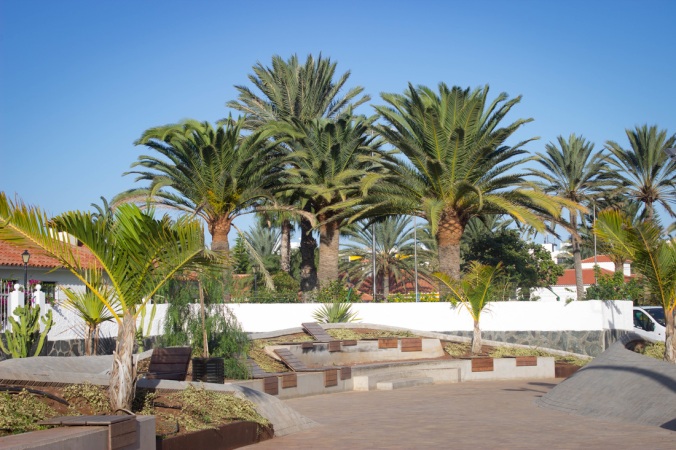 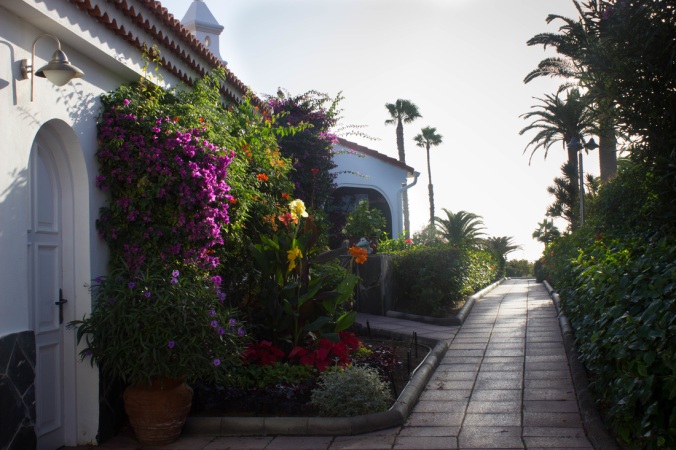 We walked for a long time, just enjoying the sunshine and weather.  I really wanted to see the sand dunes, but I didn’t expect the kids to really love them, so I suggested we do that to get it out of the way.  My mistake, the sand dunes turned out to the be the highlight of the trip for the kids, and every day they begged us to go back.

I took a lot of pictures… 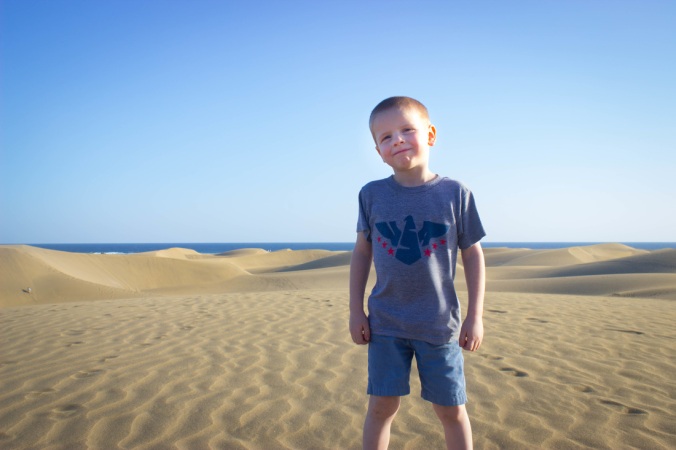 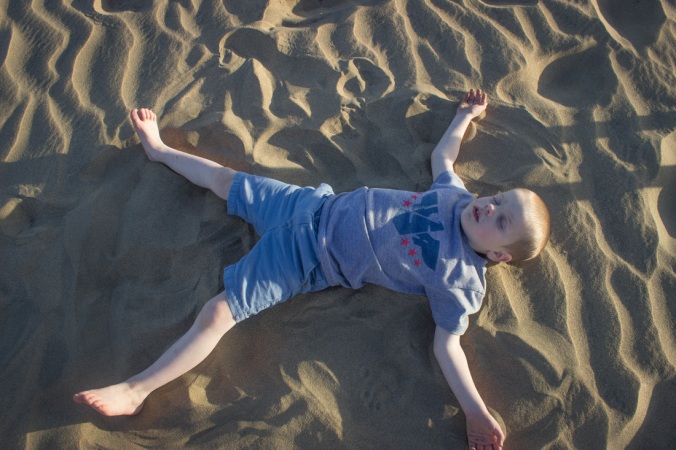 When are legs felt like jello from walking and hiking and jumping and playing in the sand we made our way toward the beach.  The temperature was cooling off, but that didn’t stop Mim from getting in the waves, then of course all the other kids followed.  By the time we made it back to the boardwalk they were all soaked with sand in every nook and cranny on their little bodies. 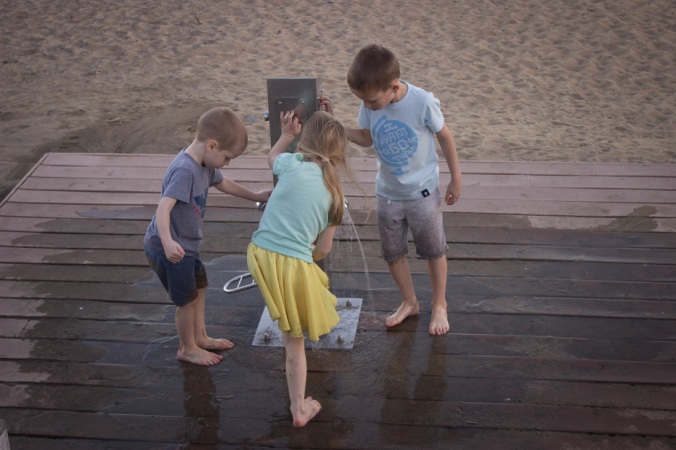 We had eaten such a late lunch, and we had leftover pizza back at the house, so we just stopped at the grocery store and picked up a few things for breakfast and then we went home.  The back patio was the perfect place for the kids to undress and leave all their sandy clothes before jumping in the shower.  It had been a long day and we were all anxious to go to bed that night.

One thought on “The Canary Islands – Gran Canaria, Day 1”