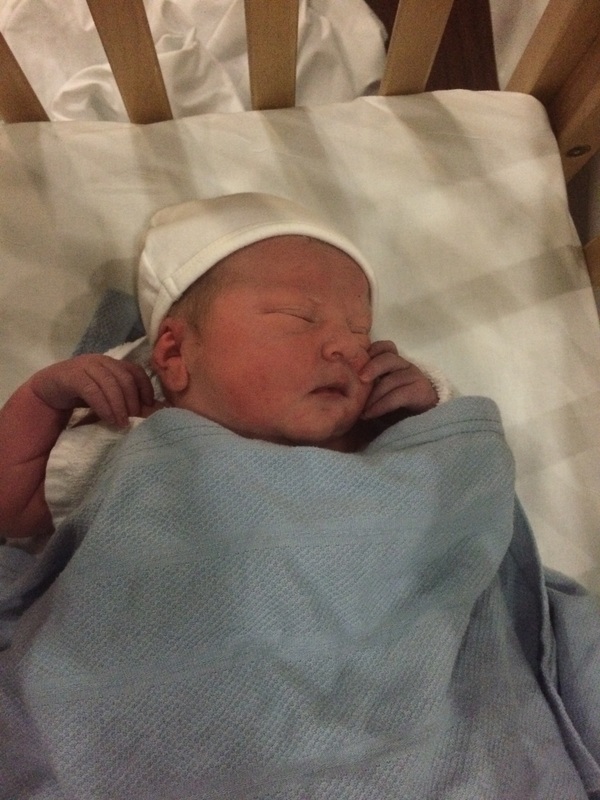 I woke up early Saturday morning to the sound of birds chirping. It wasn’t light outside quite yet, but I couldn’t go back to sleep.  I posted on Instagram about pregnancy insomnia.

Two hours later, around 6:30am, I woke up to use the loo and discovered that I had lost my, ahem, mucous plug.  (Obstetric vernacular can be so unpleasant.) I went back to bed with butterflies in my stomach, knowing this would probably be the day.  I laid there until Richard began to stir, and then I told him that maybe he better stick around for the morning.  (He had left something at the office the day before and planned to go pick it up.)

I felt excited and nervous and thrilled all at the same time, but the problem was that I wasn’t actually in labor yet.  I kept myself busy around the house, I made arrangements for the kids and I waited for some real contractions.  Simon’s birth happened really quickly, each of my labors got shorter and shorter, so I was really worried that this time it would go TOO quickly.  Around 10:00 we took the kids to Mike and Cindy’s house, and called the birth centre.  The midwife suggested that since this was my fifth baby, even though the contractions weren’t strong and regular to go ahead and come in.
It was around 11:00am by the time we arrived at the birth centre and a midwife checked me.  Nothing. Nada. Nil.  She gave us the option to stay or to go home until things picked up.  I knew I would go crazy hanging around the birth centre so we went home.  We stopped and had some lunch, did some Easter preparations, and then we went for a walk. We walked and walked until the contractions picked up and I was too tired to walk anymore. We walked through the front door, and I sat down on the recliner, and my water broke.

I changed my clothes and we left for the birthing centre, checking in around 2:30.  By the time I got into my room and changed my clothes again, my contraction were short but really painful.  The plan (if you could call it that) was to use gas and air (nitrous oxide) while bouncing on the birthing ball, until it was time to push.  Then I was going to get into the giant birthing tub and bring my sweet little baby into the world in the water.

But reality was a little different.  I used the gas and air on the ball for awhile and that part actually worked quite well.  Unfortunately I wasn’t quite sure what my body was telling me, and I wasn’t sure if I was feeling the urge to push, or not.  So I got in the bath and breathed through some more contractions (with gas and air) and decided I needed to push.  **As a side note, my only complaint about my birthing experience was that the midwife didn’t check me at this point.  I wish she had, because I was pushing too early.

Pushing before I was ready to push wore me out. And despite the initial relief of the warm bath water, I couldn’t find a comfortable position in the tub.  Discouraged and exhausted, I decided to get out of the tub for a bit. It felt like everything was taking so long, but looking back I can see that is because I started feeling anxious from 6:30 that morning, and even though labor didn’t really start until 2:00, I had felt mentally engaged all day. The midwife checked me when I exited the water, and this was when we realized it wasn’t time for pushing.  I made my way to the bed, laid down to rest, and a few minutes later I really felt like it was time to push.  Confused, the midwife checked me again, and apparently lots had happened.  She told me that if I wanted a water birth it was time to get back in the bath.  But delirium from the gas, pain and exhaustion prevented me from getting up off the bed.

By the time she was ready to come, I didn’t have the patience to do things slowly and gently. I pushed her right out, with Richard and the midwife cheering me on, and before I knew it the whole thing was over.  It was 4:53pm, less than three hours from our arrival at the birth centre. Her actual exit from my body wasn’t as painful as I expected it to be and I had my sweet bundle in my arms right away. I LOVED this part.  They didn’t take her away from me at all. I held her slimey, new little body close to my chest for as long as I wanted to.  I delivered the placenta quickly, Richard cut the cord and that was that.

We passed her along to Richard while the midwife gave me a couple stitches. (Don’t deliver a baby in a hurry, I learned.) But I got to breathe the gas all while she fixed me up, and that was such a blessing.  It completely relaxed me and by the time she was finished I was high as a kite.  Really.  Fortunately gas is only effective while you’re breathing it, so it only took me a minute or two to come back down to earth.

Natural birth was really hard.  Harder than I expected it to be.  Not because it was more painful than I expected, but because it was for an indeterminate amount of time.  How long will this last? What is happening? I felt really flustered and disoriented sometimes.  It was mentally and emotionally hard.  If someone could have told me each step of the way, and given me an exact birth time, I think I would have behaved completely differently.

But the bonuses of natural birth were that as soon as it was done I had control of my body, I wasn’t shaky or numb, and I could take a shower when I felt ready.  The shower was so nice, because let’s be honest, birth is messy.
Once I was all clean I went back to the bed and slept for a bit while Richard took care of Amirah.  I had the option to stay overnight, but Richard felt like he should be home with the kids, so I decided to go home too.  We left the birth centre around 9:30, just four and a half hours after Amirah was born.
​
Cindy had come by the birth centre to get a house key, and when we arrived home the kids were all sound asleep. Richard and I climbed into our own bed, with our sweet baby nearby and all was right in the world. 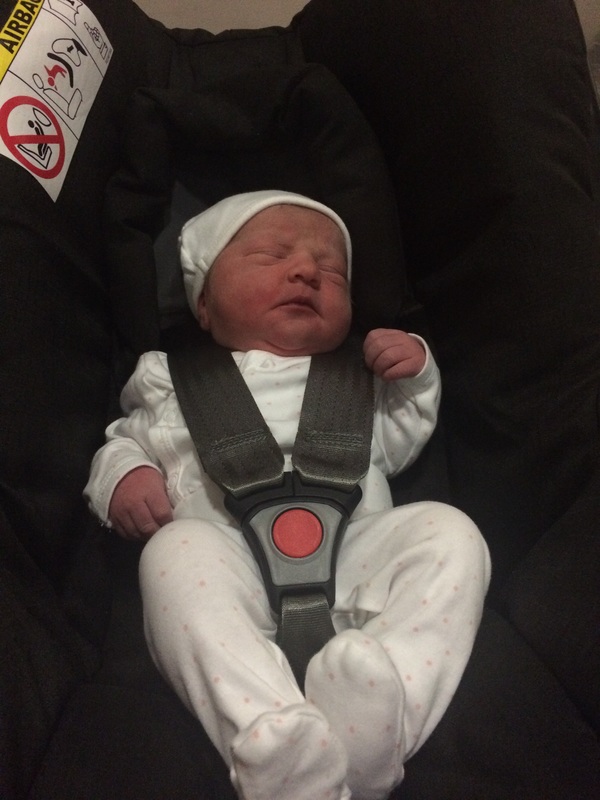 Taking our sweet baby home, just a few hours after birth. It was so different than our other babies, but it felt right.

The kids had a great time with Mike and Cindy and the boys. It really worked out so well, I knew they were in good hands, and Cindy was so supportive and helpful all day long as we tried to figure out what our plans were. 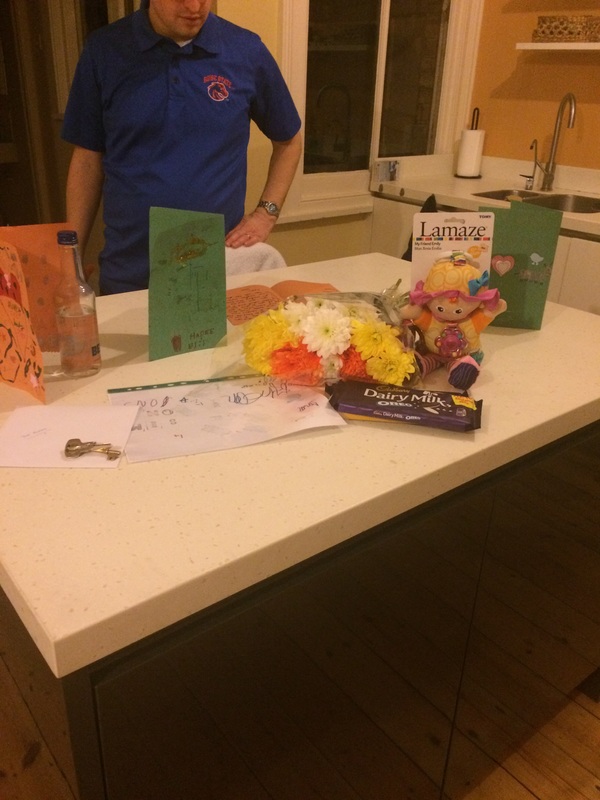 When we got home there were flowers, gifts, cards and chocolate that Cindy and the kids had picked up for us. It made me cry. Doing this without our families close by was hard, and it felt so good to feel loved and looked after.