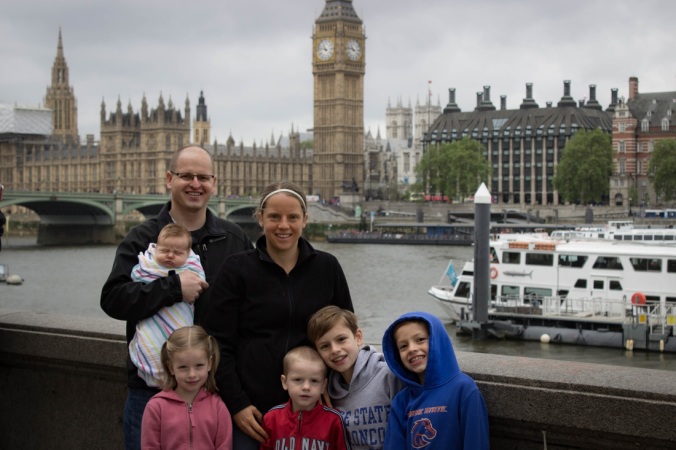 Ohhhh! Amirah’s face!
The kids wanted to go to the London Eye from the first moment they saw it, but it was one of those things that kept getting put off for the “perfect” day of clear, blue skies.  Those days are rare when you narrow it down to just Saturdays, not to mention how busy it is during the summer.  So we procrastinated it until we had no Saturdays left in London that weren’t already spoken for, and of course it was cloudy.  Fortunately the clouds were high enough that they didn’t impede our views. 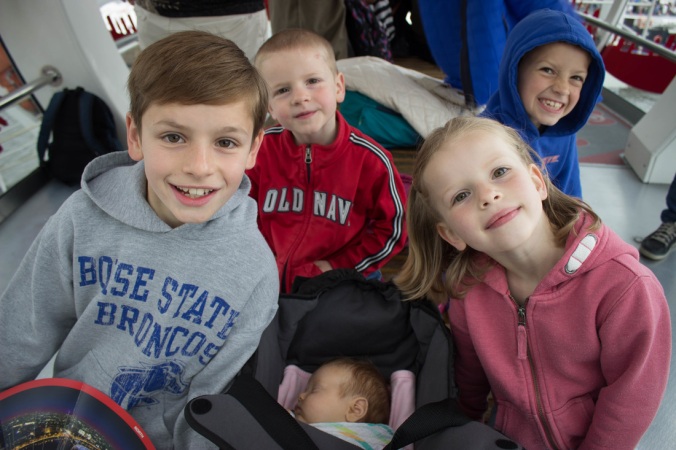 Overlooking Jubilee Gardens on the Southbank. 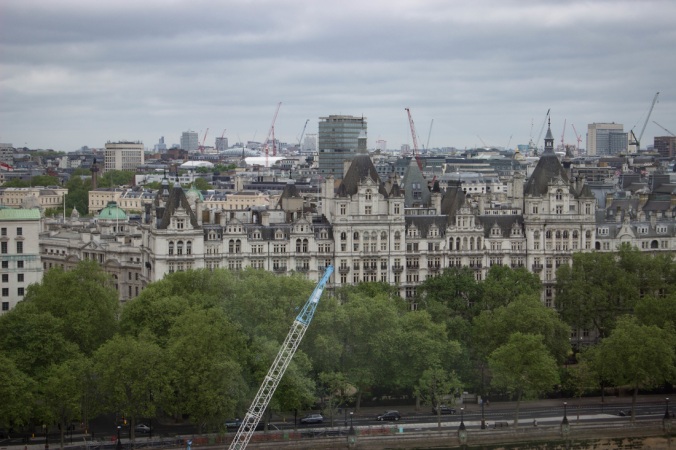 A lovely shot of Whitehall, obstructed by a crane, as usual. Cranes are as much a part of the London skyline as The Shard, or Big Ben. (Look behind Whitehall.)
We didn’t have to wait in line for long, and then we boarded our capsule with about eight other people.  It takes 30 minutes for the complete rotation, and the capsule is made up of glass windows, so you can see everywhere.  We gave the kids a hard time because all they wanted to do was mess around on the iPads that gave reference points and information about what you were seeing in the panorama.  “Come on guys! Get present!” As obsessed as millennials are with electronic devices, what are the children of millennials going to be like?

A Bird’s eye view (see what I did there?) of Waterloo Station.

A half-shot of what a capsule looks like up close. 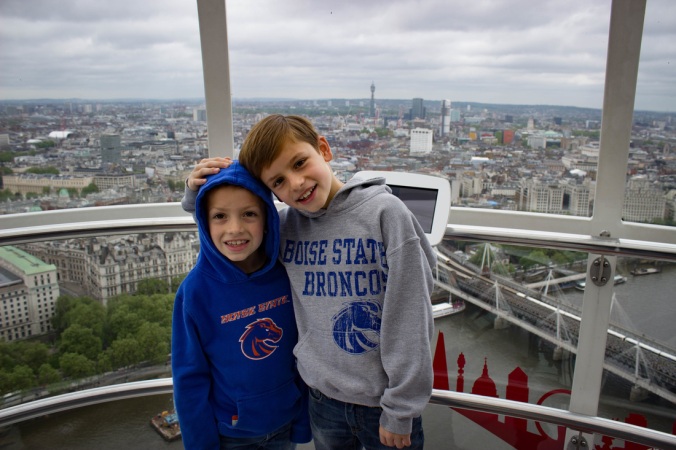 After we finished we had promised the kids doughnuts so we went on a doughnut hunt.  We took a bus to Bermondsy to find a market I wanted to go to, with no luck. So we walked to a bakery I’d been to with Sean and Lori on the dessert crawl,  and it was closed, gone, “finished” as they like to say.  Our next choice was Borough Market, so we walked there, but decided it was too crowded and so we just settled on a dozen from the Krispy Kreme at London Bridge Station.  Not fancy, but delicious nonetheless.

**I didn’t take a picture of the London Eye on the day we went on it, go figure. So I dug out some other pictures I’d taken on different (sunnier) days. 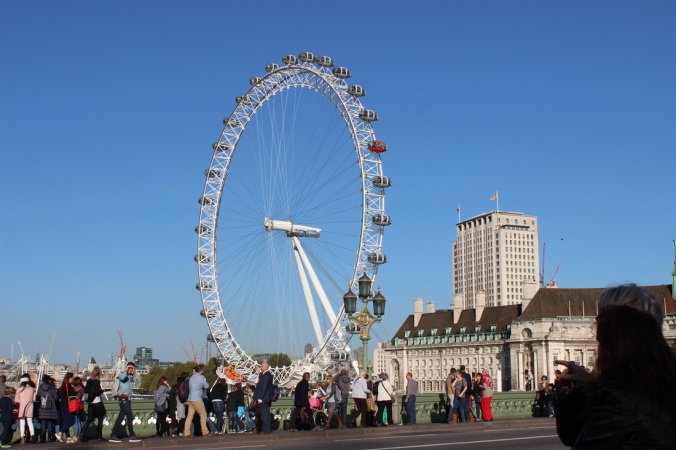