When the sun went down in the city the reflection of the bright light on the sides of the buildings made it look like there was a fire. It was awesome.
On the Tuesday after we flew into Boise, Richard and Amirah and I got back on a plane and flew to New York City to try and find a place to live.  We had been coordinating with our agent Mery for a few weeks in advance of our trip and she had made arrangements.  Trying to find a place to live in NYC was a lot like trying to find a place in London, we had NO idea what we were looking for.  But there was something about NYC that just felt harder.  I can’t articulate this very well, but when we moved to London I was so optimistic, I was blissfully ignorant, naive and unaware.  I felt like we could be happy anywhere.  With NYC, I already had preconceived ideas about certain neighborhoods or boroughs from TV (ahem, Law & Order) and movies.  I knew enough to feel nervous and anxious but not enough to have any confidence in making an informed choice.  But we did what we did last time; we researched, we reached out to people, and we (mostly RIchard) looked at maps and maps and maps.  He looked at city maps and borough maps and subway maps and other transportation maps.  We narrowed it down to two options: Westchester Co. and Queens, particularly Forest Hills.

I was trying really hard not to stress too much, because after needless stress in London it all worked out.  But I was so worried that we wouldn’t be able to find something and we would hate our home.  After looking in Queens we only found one place we liked.  The house itself wasn’t great on the inside, but it was a Tudor on a gorgeous street in a leafy neighborhood.  We went back a second time and walked to the elementary school and drove past the middle school and called both.  It all felt good.  We spent a fair amount of time looking in Westchester Co too, where the neighborhoods were ALL gorgeous and there were big yards and newer, nicer homes. We could have picked from three wonderful houses in Westchester.  So we talked about it, and after factoring in a lot of things including commute time, city experience, diversity and needing a second car, we decided we really wanted to live in Queens.

Maybe because of our experience in London, maybe because of confusing information from our agent (who we LOVED, but maybe misunderstood) we took a negotiating approach to our house hunting.  I’ve since learned that this isn’t typical, usually the demand is such that when you find a place you like you just automatically accept the terms of the contract.  But our beloved house on Juno St. (we affectionately called it the “Juno House”) was overpriced.  We felt it, our agent agreed, and it just didn’t match up in similar comps.  Not only that, but we were committed to temporary housing in Battery Park for a month, so we wanted an August lease date and the house was already available for renters in mid-June. Richard had a bad feeling about the house itself, and wanted to have an inspection done before we moved it, and it had been vacant and listed for a long time which might have been suspicious had we not been desperate to have it.  So our agent made an offer that addressed our concerns, and we patiently waited.

We tried to enjoy the rest of our visit in New York City but we were dying to have everything settled.  The other agent representing the house, and the owner of the property were not very accommodating or responsive to our offer so we flew back to Boise with all our eggs in one basket.  As we ate some lunch in the SLC airport I broke down in tears from the stress and anxiety of uncertainty, and even got a little angry with Richard that he was willing to lose the house over a few hundred dollars and an inspection.  But Richard was a rock star about it all.  He kept his cool, he stuck with his intuition and he reassured me that things would somehow work out.

It took several days before we finally had some closure on the infamous Juno house.  It wasn’t going to work.  The owner was not interested in our offer, and even though we felt so confident about the neighborhood and the schools and the commute we just didn’t have that confidence about the terms of the lease that the owner was demanding.  So we let it go and we were devastated.  I had let myself get attached and it was a big disappointment. Thankfully we had temporary housing arranged in Manhattan, so we put the house hunting on the shelf and let ourselves focus on all the fun things we had planned in Boise for the next three weeks. 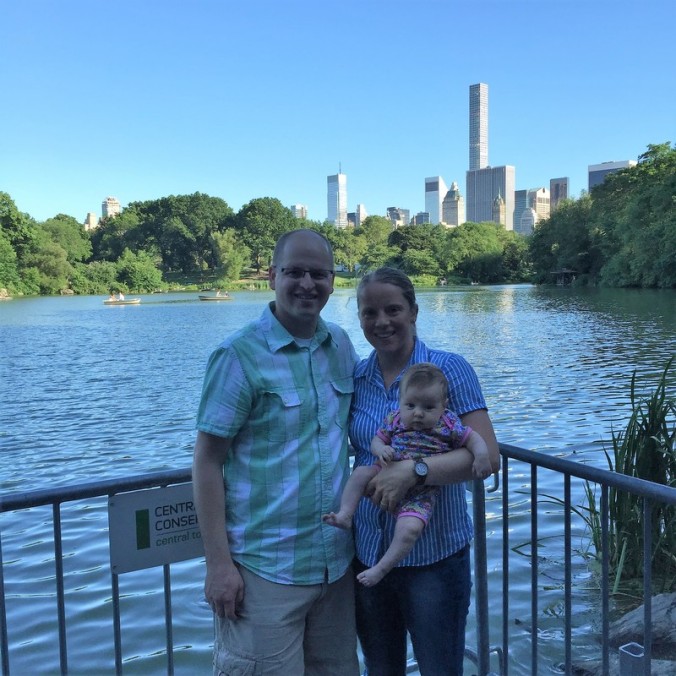 Walking off our stress in Central Park .