At the risk of being judged a bad mother by all who read this, I share the following heartbreaking story.

Getting Cameron and Eli off to school in the morning is the second most stressful time of the day. (The MOST stressful time of day is what we call the witching hour. The hour between dinner and bed when any patience I started the day with has long left me and instead of putting my children to bed I am putting the circus to bed. 87% of head wounds in this household happened during the witching hour.)

So when Miriam came to me yesterday morning in the chaos of gloves, signing school papers and packing lunches and told me she needed to go potty, I just told her to go.  I said it nicely, but lately she’s been wanting me to do everything for her.  (I miss the defiant independence of the two year old! Did I just say that?)  I told her calmly that I couldn’t take her to the bathroom and she would need to go herself.

As I zipped coats and hollered at Eli to hurry up, my battle with Miriam escalated.  The thing is, when I yell at the boys, I get what I want. I feel lousy afterward, but it’s effective regardless.  It’s not my best parenting, but desperate times call for desperate measures.  So I yelled at Miriam

“GO TO THE BATHROOM!!! Or we’ll leave without you!”

She shut down.  Not effective.  She burst into tears and yelled back at me.  Feeling all the stress and frustration of a tardy mother who is the carpool driver, I grabbed her, set her on my bed, herded the other stunned children into the van, locked the front door and drove away.

About the time I picked up Carter I started to panic. Cameron and Eli, feeling the tension, were fighting in the back seat and Eli was crying about his lost beanie.  Can she unlock the deadbolt? Would she go outside by herself? Would someone see a three year old alone in the rain and call the police?  Surely I would be arrested for neglect! And that would be so unfair because I’m not a bad mother! I drove past our house on the way to the school and no sign of Miriam on the lawn. (Of course I couldn’t stop, we were LATE and if the kids miss the bell then I have to sign them in at the office which means I have to get out of the car in my pajama pants and be seen by other much more responsible adults.)

After I dropped off the boys the atmosphere in the van was quiet and still.  Simon asked me

Lost in my own thoughts I almost missed it, but I didn’t. I heard it. Simon’s tender little whisper in the seat behind me. And it rocked my very soul.

In that moment it became abundantly clear that it was ME who was the crazy one.  From Simon’s perspective it wasn’t Miriam who was being totally unreasonable, it was ME. The adult.  No one was going to feel sorry for ME, it was Miriam who deserved the sympathy.  Of course she did.  She’s three and I’m 31.

When we got home I found Miriam right where I left her, only she was much calmer.  Her little shoulders rose and fell as she tried to resume normal breathing.  I pulled her on to my lap.

“Miriam. I’m so sorry I yelled at you.”  I had no more said her name before she broke down again.

Richard was telling me last night about how he used to feel so good when he would hear other adults tell his parents what a good boy he was.  He recalled how his dad would say

“I’m just doing what I can to not screw him up.”

Richard said he used to think that was a joke, but now as a parent who frequently fails, he (and I both) realized his dad was being absolutely genuine when he said it.  We talked about how we are so grateful for the Savior’s grace that will protect our children from our shortcomings.  Because we really have great children and we really don’t want to screw them up. 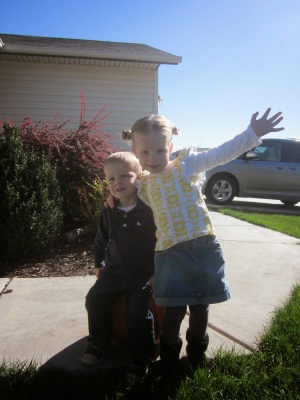 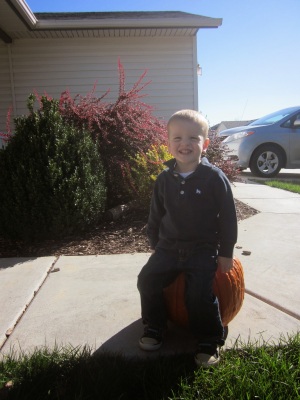 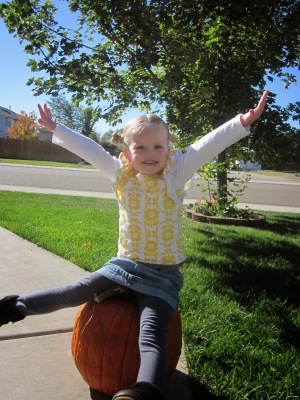 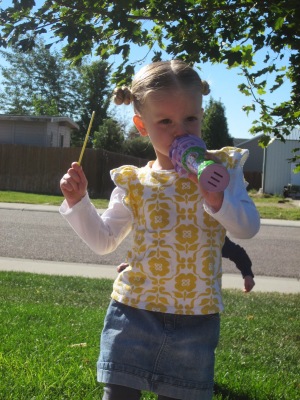