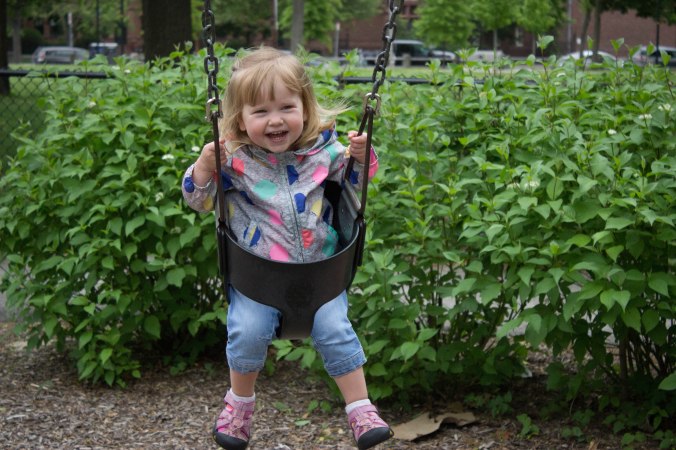 In any case, on Sunday morning after indulging ourselves with cereal, waffles and soggy eggs, we dressed up and went to church near the temple.  The chapel was so full though that there was literally no place to sit.  We hung out in the hallway with a few other families for the sacrament, and then decided to bail.  We walked up around the temple but it was pretty chilly outside so we went back to our hotel and changed our clothes.  Once we were more suitably dressed we drove to Cambridge to check out the Harvard campus.  But the first order of business was lunch.

We parked the car and then walked toward campus, so hungry that we agreed we would eat at the first place we came to.  Lucky for us I spotted a sign for Bonchon – which is Korean fried chicken, and I’d heard it was good and wanted to try it.  It was good alright, and we tried a few different kinds, one of which was very spicy.

After lunch we walked to Harvard Yard, but sadly it was all closed off for an event, so we walked the perimeter of the campus but didn’t get to see as much as we had hoped.  We made our way to Cambridge Common where we found a playground my friend had recommended. We let the kids play there for awhile in spite of the drizzly weather. 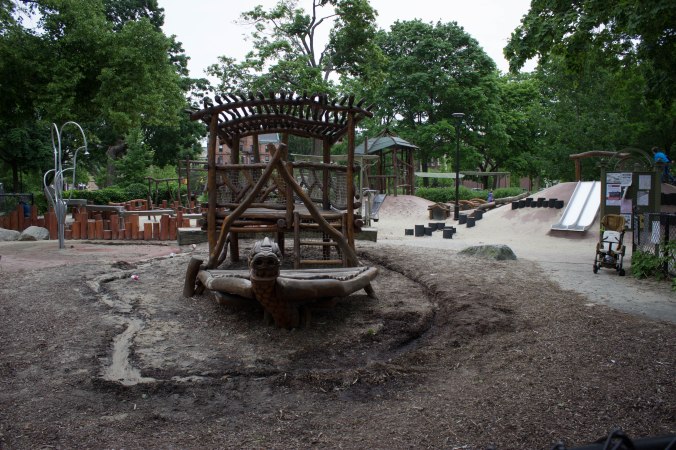 We nearly had the park to ourselves. 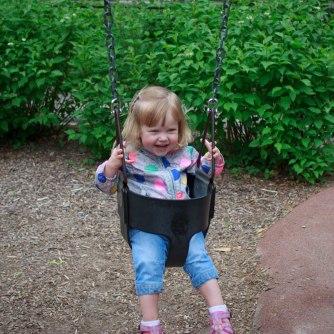 Elsewhere in the park we found the site where George Washington took over the American army, a sad memorial sculpture dedicated to the victims of the Irish famine, and a fun flash mob type band that was playing music and dancing in the park. 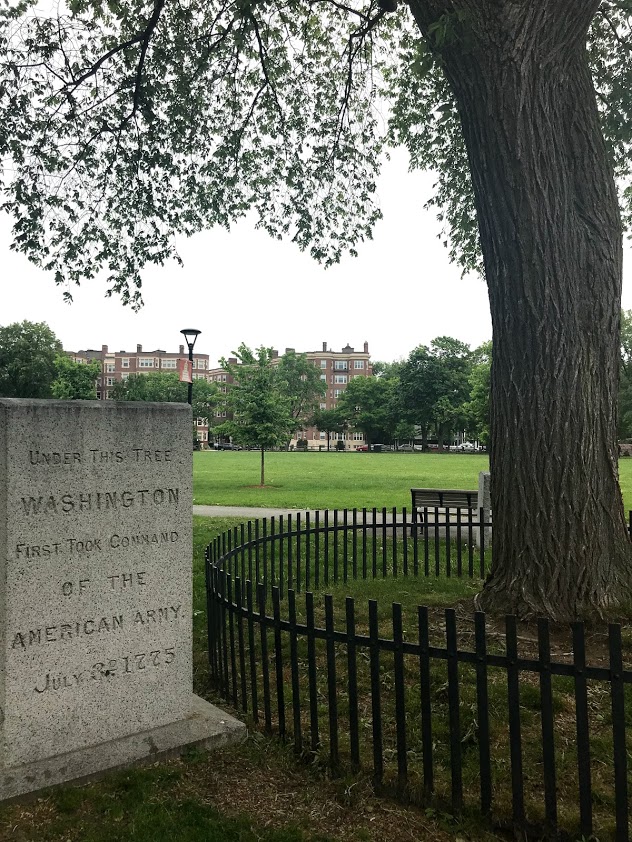 We walked back to the part of town where things were happening and got some treats for the drive home at a chic bakery.  After two late nights and lousy weather we decided to go back to the hotel and take it easy for the evening.